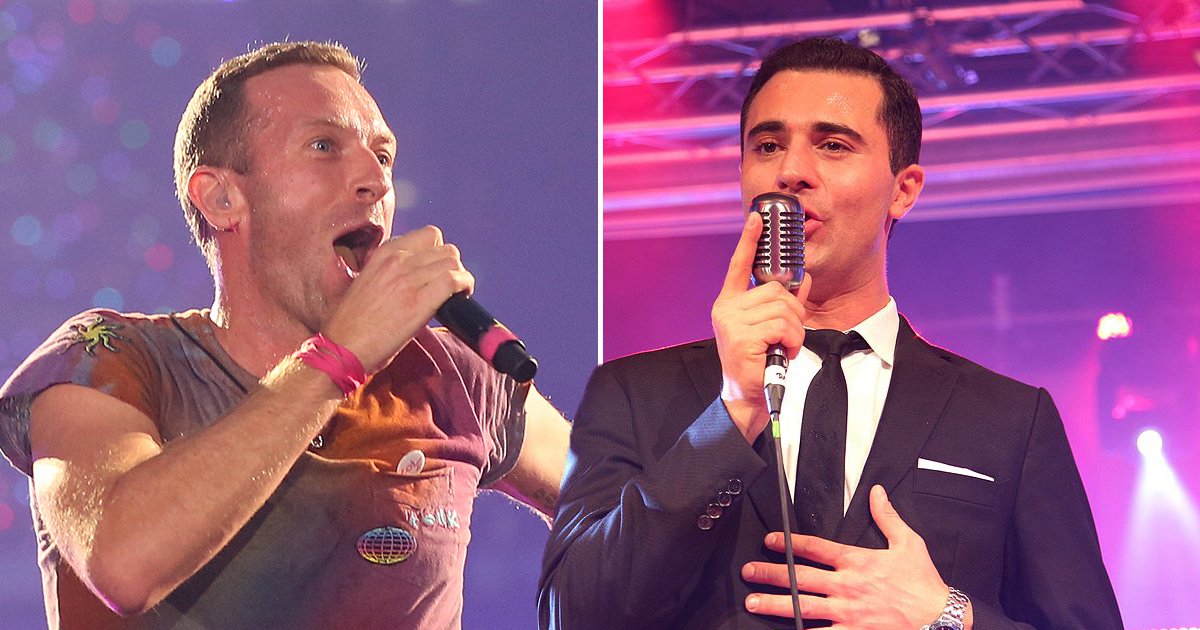 Coldplay took a moment during their latest concert to pay tribute to Darius Campbell Danesh following his death aged 41, with Chris Martin honouring their ‘old friend’.

This week, it was confirmed that Campbell Danesh, who finished third on Pop Idol in 2002, had died after being found ‘unresponsive’ at his apartment in Minnesota, US, on August 11.

A statement released from the Colourblind musician’s family read: ‘We ask that you kindly respect our wishes for privacy at this time whilst we come to terms with the tragic loss of our son and brother.’

On Wednesday evening, Coldplay performed the latest leg of their Music of the Spheres world tour at Wembley Stadium, with the tour set to be taking place all the way through to November, with rescheduled dates also added for 2023.

Confetti canons were then set off before the end of the show, with one concert-goer tweeting: ‘Loved Chris Martin giving a nod to Darius’s passing tonight ? at @coldplay.’

Exactly 20 years ago, Campbell Danesh topped the charts with his hit Colourblind, which has soared to number one on iTunes in the wake of his death.

It’s been reported that in the weeks leading up to his death, he was ‘in talks’ to take part in a Pop Idol reunion to mark the 20th anniversary.

A source said he was ‘really excited’ to participate in the special, which was to be ‘full of nostalgia for the millions of Pop Idol fans’.

During an appearance on Good Morning Britain on Wednesday, former Pop Idol judge Pete Waterman revealed that just before lockdown, he and Campbell Danesh discussed potentially working together on music.

The record producer shared that they met up ‘and we were talking about me going to work with him in the States to mentor him because he wanted to get back into music’.

‘Darius wanted to do too much. He had too much talent. I know that sounds silly but sometimes you have to focus on what you really really want,’ Waterman said.

The 75-year-old also stated that in his opinion, ‘Darius could have gone on to be bigger than Michael Bublé because he’d got that talent’.

Campbell Danesh’s family said in their statement that ‘the local police department have confirmed that there were no signs of intent or suspicious circumstances’, as the cause of the singer’s death remains ‘unknown at this stage while medical examinations continue’.