CHRISTOPHER STEVENS reviews last night’s TV: Not even a sprinkle of magic dust can make The Witchfinder funny

Over breakfast in a Travelodge, in one of his most celebrated sketches, Alan Partridge is pitching terrible ideas for shows to a TV producer.

‘A detective series based in Norwich called Swallow. Arm-wrestling with Chas and Dave. Cooking in prison. Monkey tennis…’

Lord knows what dingy motel dining room was the scene where the Partridge scriptwriters, brothers Neil and Rob Gibbons, first dreamed up The Witchfinder (BBC2).

Wherever it is, the place ought to be shut down as a public health hazard. 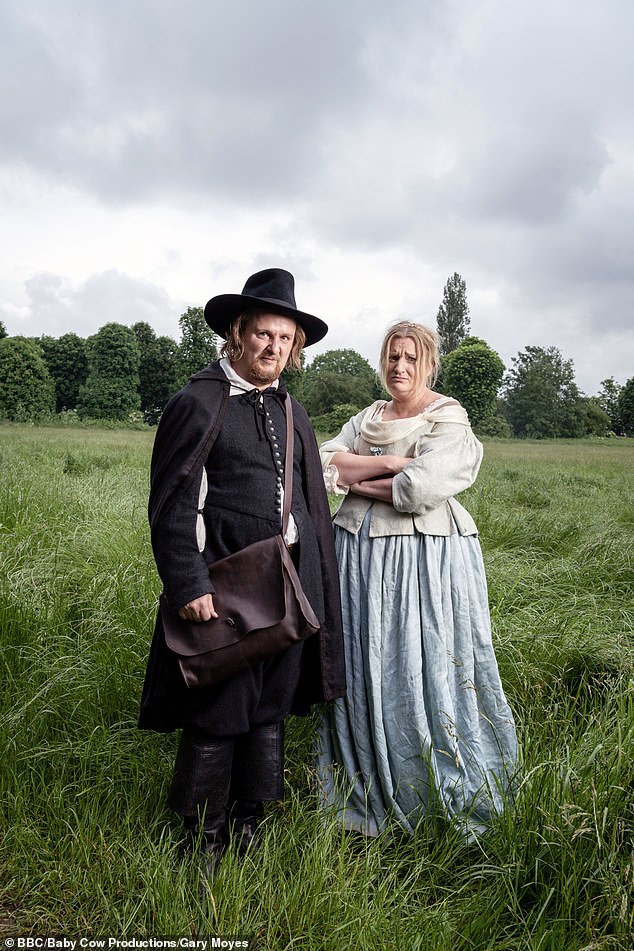 Tim Key, left, and Daisy May Cooper, right, star in The Witchfinder, which aired last night on BBC2

The Witchfinder, which stars Partridge co-star Tim Key as an incompetent 17th-century freelance investigator of supernatural crimes, is simply dire.

How the concept ever got beyond the first commissioning editor is beyond comprehension.

Did anyone upstairs at the Beeb actually watch it before it aired?

If they did, who thought it was an amusing idea to have a rival witchfinder, played by Daniel Rigby, pause to inspect the corpse of a hanged woman at a village gate, and casually steal the rings from her dead fingers?

Less offensive but equally baffling was the court scene where Key and a woman accused of witchcraft (Daisy May Cooper) argued over the use of Latin phrases during a trial.

Surely the directors, or the actors, or anybody at all, could have asked themselves: who is going to find this funny?

Daisy May Cooper is a talented comic writer — she must have known it was drivel.

The legend of the witch-hunts has been a rich source of inspiration, from Hammer Horror’s Witchfinder General in 1968, to the Terry Pratchett tale Good Omens.

Reece Shearsmith and Steve Pemberton explored it on Inside No 9. But those excursions had wit and bite. And they didn’t open with an aimless five-minute skit about Key trying on a new hat.

The only bearable moments of the whole half-hour were those with Jessica Hynes as the witchfinder’s toothless servant, Old Myers.

No doubt she’ll turn out to be a witch herself, right under her master’s nose, ho-ho, wouldn’t you just know it?

But Hynes is a marvellously expressive comedian and she doesn’t have many lines, so she’s occasionally able to be funny without the hopeless script getting in the way.

Though the script rarely rises above the pedestrian, there’s no shortage of ambition in The Gilded Age (Sky Atlantic), with its opulent sets and CGI skylines of 19th-century New York. 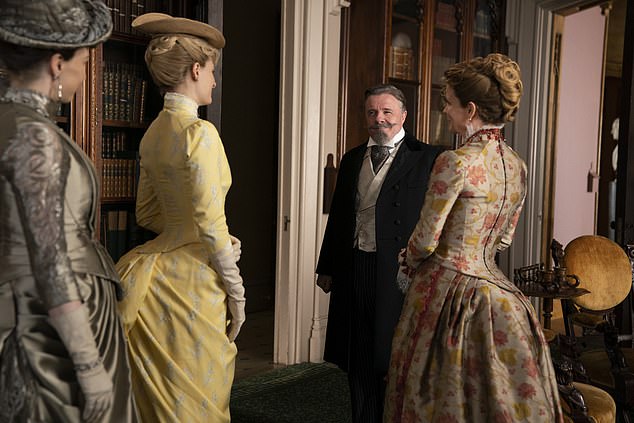 The last thing The Gilded Age (pictured) needs is too much excitement, says Christopher Stevens

Its creator, Lord Fellowes of Downton, knows that a modicum of drama and a maximum of costume are the proper blend for the genre.

Much of the intrigue centred on inventor Thomas Edison and his revolutionary scheme to light up the front of a newspaper building using — gasp! — electricity.

Swathed in enough crinoline, satin and silk to cover a baseball ground, the society ladies led by nouveau riche Mrs Russell (Carrie Coon) gossiped and sipped champagne as they awaited the Triumph of Modern Progress.

That’s really all we require. The characters don’t develop noticeably, a couple of restrained romances proceed at a genteel pace and the sub-plots concerning financial scandal bubble along without amounting to much.

The butler Mr Bannister, played by Simon Jones, is finally playing a more prominent role . . . even if it’s little more than bringing letters on silver salvers.

That’s quite enough. The last thing we want from this show is too much excitement.