Any walk with adventurer Levison Wood is exhausting, and not only because the former paratrooper routinely hikes across whole continents.

He’s so relentlessly macho, even watching him take the dog to the park would leave you drained.

Striding across the bristling swamp-grass of the Okavango Delta in Botswana, in Walking With Elephants (C4), he insisted on taking his boots off, going barefoot. 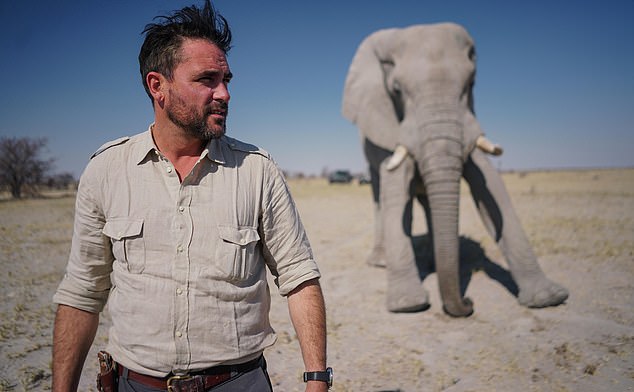 His guide Kane Motswana, a San bushman raised on the African plains, followed suit but politely suggested this was pointless and foolhardy.

Levison marched on, until Kane was forced to admit that his now-Western lifestyle was making him soft.

‘Too much beer!’ Levison taunted. Kane admitted it, and was allowed to put his shoes back on.

A few miles later, the explorer waded across a river, nonchalantly telling his camera crew to ‘watch out for hippos’.

The hippos were watching them . . . and so were the 15ft basking crocodiles. ‘Still alive,’ crowed Levison, as he emerged on the other bank.

Kane just grunted agreement, though the look he gave his boss suggested he’d prefer to be taking a party of wealthy Yanks on safari.

But when Levison was woken from his tent at dawn by the grunts of three lions on the hunt, the bushman showed why no amount of manly swagger is a match for a lifetime in Africa’s wilderness.

The lions had brought down a buffalo and were tearing strips off its hide . . . even though their dinner wasn’t dead. Levison turned green, and then chalk-white when Kane beckoned him forward.

‘Want some buffalo meat?’ asked the guide, as the lions reluctantly retreated at the sight of humans. Despite skipping breakfast, Levison didn’t seem hungry.

Grinning with his own brand of macho mischief, Kane explained that he was just a baby in a sling on his mother’s back, the first time he saw her stealing meat from lions. Now that’s real bravado.

When the boys weren’t showing off, the shots of this untouched habitat were glorious — not only the plentiful wildlife, but the shimmering delta waters and the liquid bronze of the sunsets. It’s good to know there are still places like that in the world.

The walking pace dropped to a ponderous plod as a committee of actors, writers and stand-ups debated the merits of Del Boy over Basil Fawlty, for three hours on Britain’s Greatest Comedy Character (Gold).

Chairperson Sally Phillips, best-known as Miranda Hart’s sidekick, set the tone at the start when she bemoaned the fact that most of the candidates were male and white — as if what every sitcom needs to make it funny is a lot more political correctness. 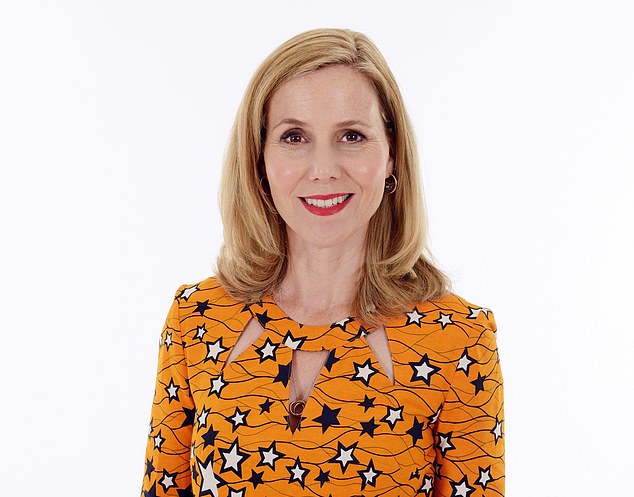 It’s a good job that old bigot Alf Garnett wasn’t in the running, or Sally might have felt a right silly moo.

There were other unforgivable omissions: Mr Humphries (John Inman) from Are You Being Served? or Ma Boswell (Jean Boht) from Carla Lane’s Bread.

’Allo ’Allo’s Rene (Gorden Kaye) deserved a place and so did Windsor Davies from It Ain’t Half Hot Mum.

All four of those were brilliant characters in sitcoms that topped the ratings — every one of them more popular, I’d wager, than the winner of the poll, Steve Coogan’s TV presenter Alan Partridge. But Partridge appeals to people in the telly bubble.

If you think I’m being unfair, you should have seen the superior sneers on the faces of the committee members when they discussed Mammy (Brendan O’Carroll) from — ugh! how common — Mrs Brown’s Boys, currently the Beeb’s most popular comedy.

Tags: christopher,, on, stevens, walking
You may also like
Recent Posts
Hot News