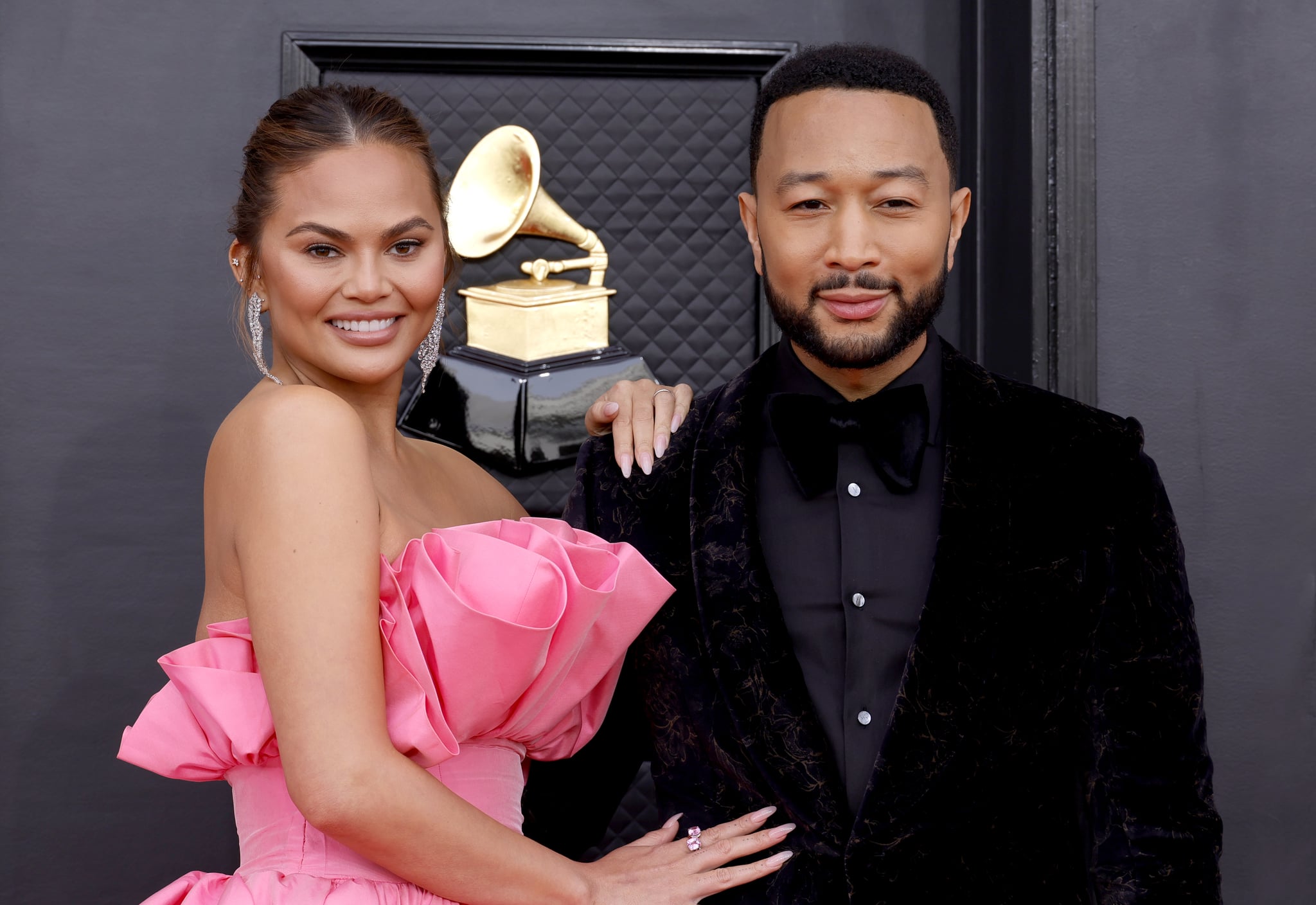 Days after announcing she and John Legend are expecting another baby, Chrissy Teigen shared a second glimpse at her baby bump — this time on her husband’s Zoom call. During an interview about his new album and his hit song “All of Me” with Carrie Bickmore and Tommy Little of the “Carrie & Tommy” podcast, Teigen pops in to say a surprise hello.

“If you were writing a song now, all these years later, how different would that song be for Chrissy [compared to ‘All of Me’]?” Bickmore asks. Smiling, Legend replies, “Wait ’til you hear the new album. We’ve got songs for Chrissy on it, for sure. One of the final songs on the album is called ‘I Don’t Love You Like I Used To,’ which sounds almost like a breakup song as a title. But if you listen to the lyrics, it’s really just about how your love grows with a person and it changes over time and evolves over time. You don’t love that person like you used to because you’ve grown together and you’re experiencing new things, and [that love] is tested in different ways.”

Just as Legend finishes teasing the new album, the computer camera swivels to the left, revealing that Teigen has been hanging out in the background the entire time. “There she is!” Bickmore and Little say in surprise as Teigen shows off her pregnant belly, swiping a hand along the curve of her stomach while the hosts congratulate her. “Cheers!” Bickmore says. “Congratulations! How amazing for you both — for all of you, the whole family.”