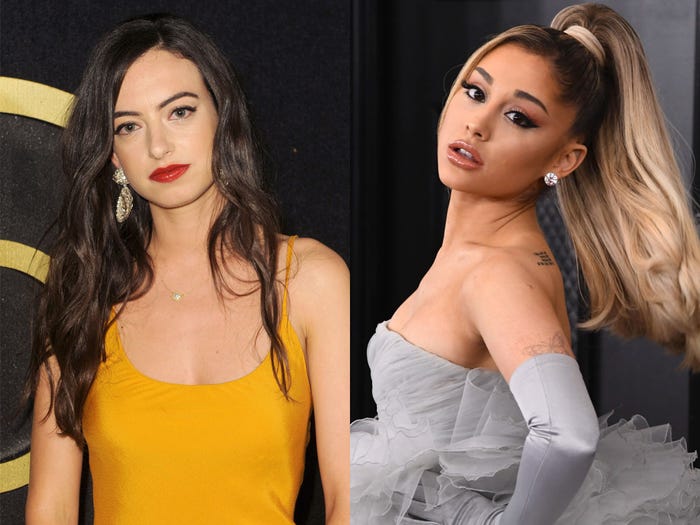 Cazzie David said she ran out of a nightclub crying after one of Ariana Grande's songs came on in 2018.

At the time, the 26-year-old writer was celebrating her sister Romy David's college graduation in Washington D.C.

It was only days after Pete Davidson, her boyfriend of over two years, had broken up with her via text message and immediately moved on with the "Side to Side" singer.

"Romy had made plans with her friends months before to celebrate their graduation later that night with all their siblings," Cazzie wrote in "Erase Me," one of the essays in her collection "No One Asked For This," which was released on Tuesday.

She continued, "She relayed that it was imperative I attend the festivities despite what was happening and what I looked like."

Cazzie, who described her state as an "intense level of anguish," recalled trying to "beg off and go back to the hotel" when Romy and her friends started to head to the nightclub.

"They insisted I stay out with them and because I didn't have the bandwith to agree or disagree, I followed along, holding on to whoever was closest to me regardless of whether I knew them or not," she wrote.

When the group arrived to the venue, Cazzie said the experience quickly went downhill.

"After about four minutes at the club, a song of hers started playing and I ran out hyperventilating and caught a cab," she said, referring to Grande.

Cazzie added, "On the way back to the hotel, my manager texted me to remind me not to say anything to anyone about what was happening or it could end up on the internet."

Because Davidson was in a very public relationship with one of the most famous people in entertainment, it was nearly impossible for Cazzie to avoid her.

"I had no choice but to come to terms with the fact that they were now in a relationship. Even though it wasn't a regular relationship or even a regular celebrity relationship. It was abnormally unavoidable; everywhere and obsessed over by everyone." she wrote.

For example, on the plane to her family trip to South Africa, Cazzie asked her sister if she could join her in watching "Fifty Shades Freed" to get her mind off Davidson.

"Don't," she recalled Romy telling her, adding, "I think she has a song in it."

After their whirlwind five-month romance and sudden engagement, Davidson and Grande parted ways. And though Cazzie hasn't rekindled with the "Saturday Night Live" comedian, they've become friends in the time that's passed since their 2018 breakup.

Cazzie recently told the Los Angeles Times that she showed Davidson the essay about him prior to publishing "No One Asked For This."

She also included a message thanking him in the acknowledgments.

"Pete. I love you. Thank you for being encouraging when you did not have to be. Your bravery inspires me and your friendship means the world to me," Cazzie wrote.