The cast of a TV drama about the Stephen Lawrence murder investigation has been shown in character for the first time.

The 18-year-old Londoner was killed in a racist attack in 1993 but it was not until 2012 that two men were convicted of his murder after a campaign for justice by his parents Doreen and Neville.

New pictures from the three-part series Stephen show actors Stephen Patten and Rob Witcomb as Gary Dobson and David Norris, who were found guilty after a DNA breakthrough and sent to prison. 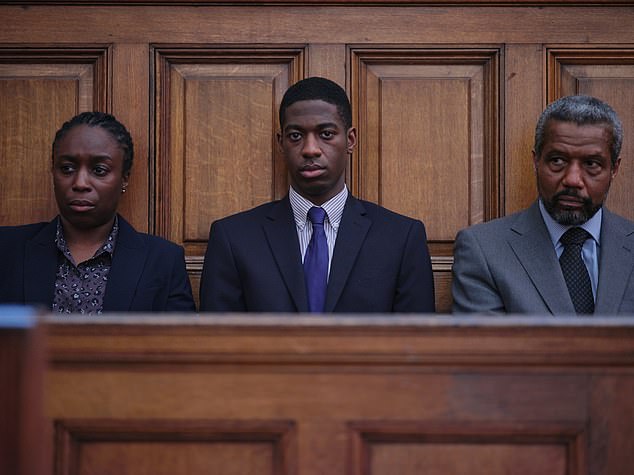 The cast of a TV drama about the Stephen Lawrence murder investigation has been shown in character for the first time. Pictured: Sharlene Whyte as Doreen Lawrence (left), Jorden Myrie as Stuart Lawrence (middle) and Hugh Quarshie as Neville Lawrence (right) 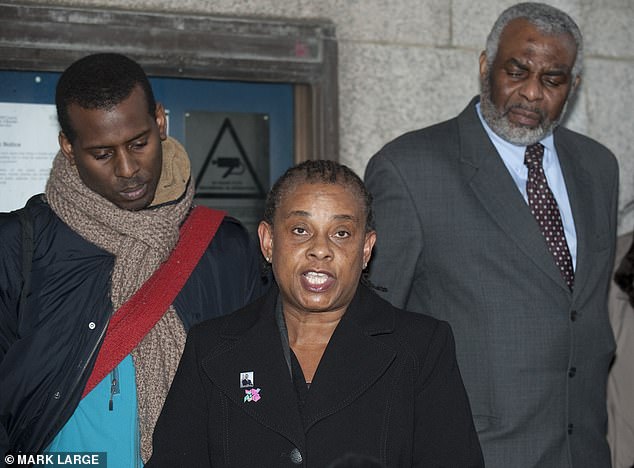 Stephen’s mother, now Baroness Lawrence, is played by Sharlene Whyte and his father by Hugh Quarshie.

Both actors said they did not meet the Lawrences while researching the roles as they felt it would be unfair to make them relive the case again. ‘I was trying to keep a respectful space,’ Miss Whyte added.

Set in 2006 and due on ITV later this month, the drama tells the story of how detective chief inspector Clive Driscoll, played by Steve Coogan, led the probe that finally secured the convictions.

The drama is a sequel to The Murder Of Stephen Lawrence, which was screened in 1999.

Actor Quarshie said he spoke to Neville Lawrence ‘the first time around’.

‘This time around I felt that I had his impersonation in the bank, so to speak. But I had a feeling that it was going to be kind of intrusive to ask a man whose son had been murdered, ‘how did you feel about the second investigation?’. 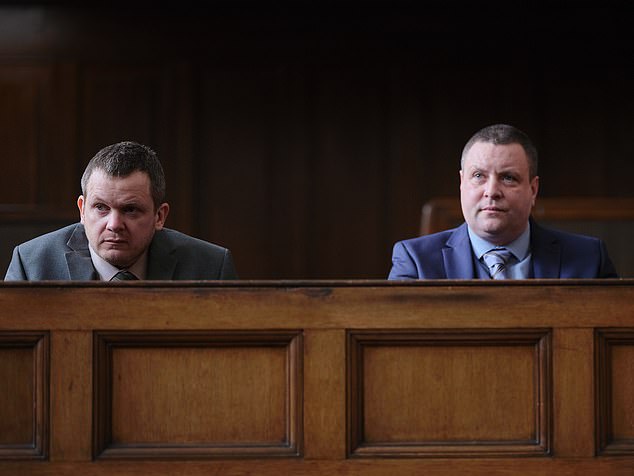 On not meeting Doreen, Miss Whyte added: ‘I didn’t feel that it was right that I go to her and start asking her questions and asking her to relive the experience yet again, because I can imagine how raw and traumatic that would be.

Also in the cast is Richie Campbell as Duwayne Brooks, who was a friend of Stephen’s and who was with him at the time he was murdered.