Brad Pitt, 58, has finally spoken out on his uncharacteristic outfit choices while he has been travelling the world to promote his new movie, Bullet Train. One outfit in particular caused quite a stir when the actor donned a brown linen skirt paired with a matching jacket over a dusky pink shirt while attending the film’s Berlin screening.

His wacky outfits didn’t stop there and on Monday evening he opted for a bright green linen suit with very wide-legged trousers.

Adding even more colour, the Oscar winner wore some bright yellow and red trainers and a blue collared t-shirt.

While at the Los Angeles premiere on Monday, Brad was asked about his new fashion style and what inspired him to wear a skirt. 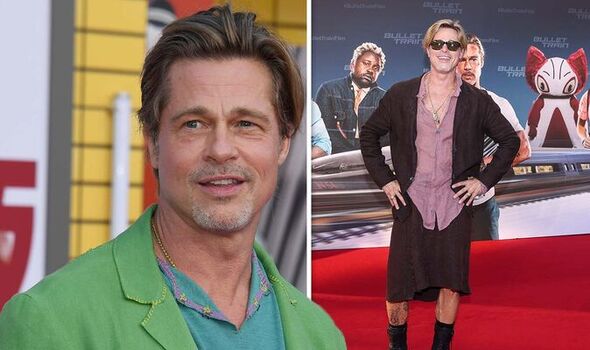 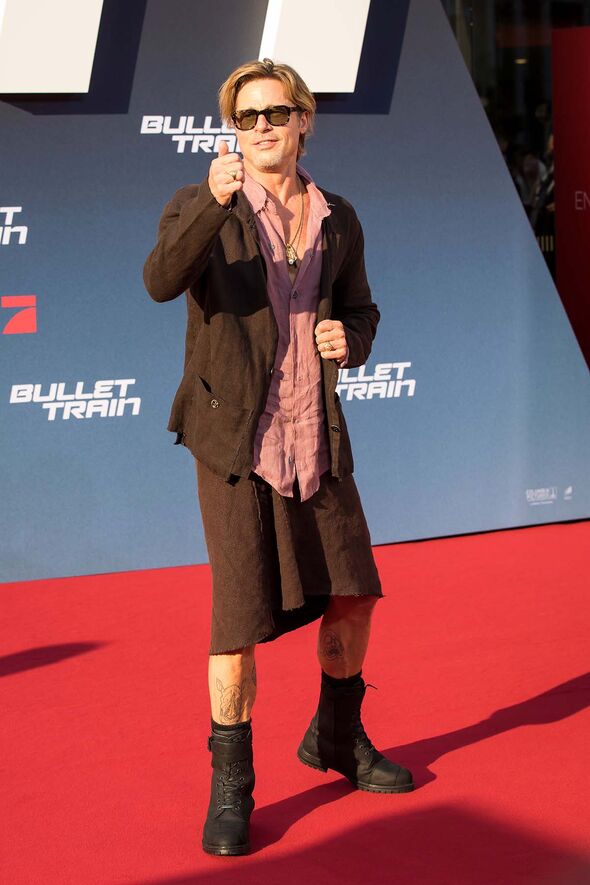 Brad replied flippantly: “I don’t know. We’re all gonna die so let’s mess it up, you know?”

The Variety reporter then told him that the skirt looked “so good” to which Brad chuckled and said: “Are you kidding me? I don’t know.”

Brad plays a hitman named Ladybug in David Leitch’s new film which has been adapted from the 2010 novel written by Kōtarō Isaka.

The thriller will see his character sent on a mission to retrieve a briefcase from a high-speed bullet train from Tokyo to Morioka. 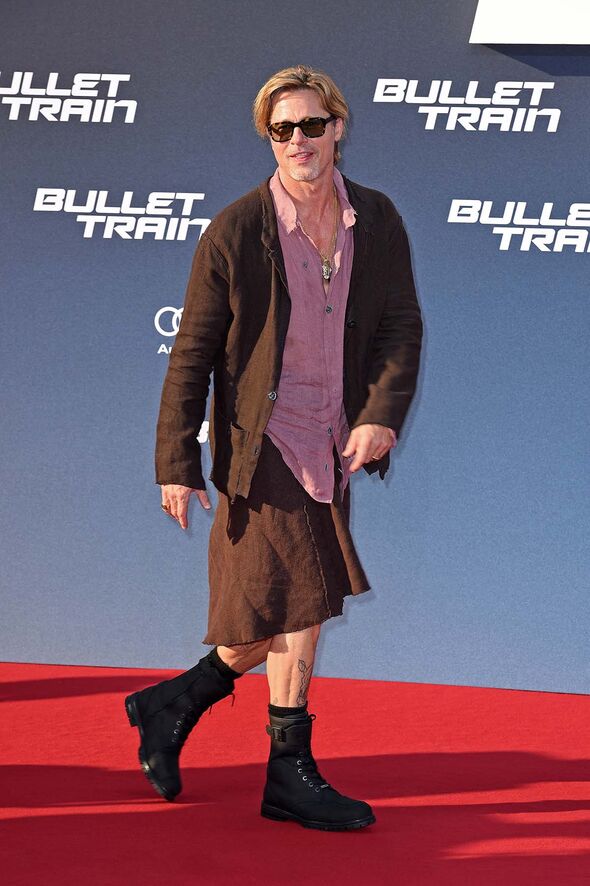 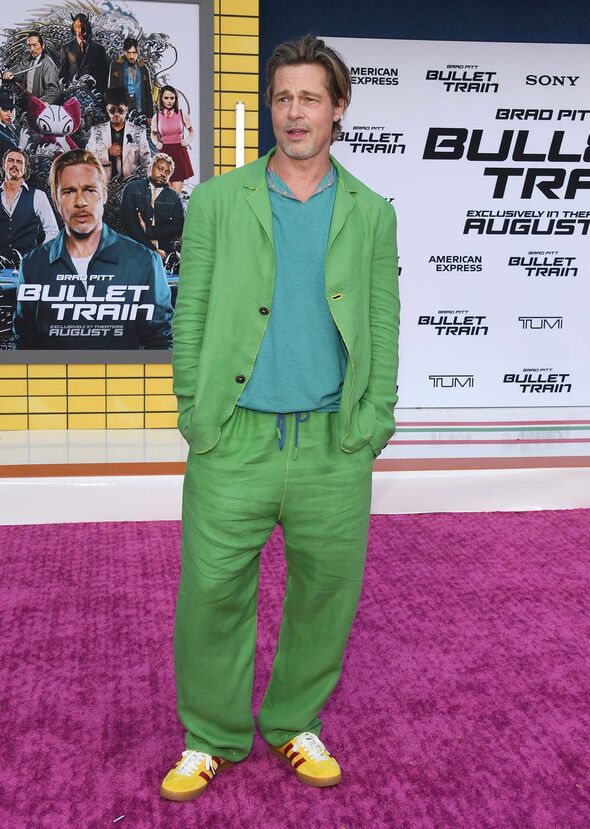 Bullet Train was originally due to be released in April 2022, but numerous delays have pushed its UK release to August 3.

While promoting the highly-anticipated film, Brad also clarified speculation that he is planning to retire from acting.

The claims came about after he told GQ that he is in the “last semester or trimester” of his career.

He told Deadline: “I was just saying, I’m past middle age and I want to be specific about how I spend those last things however they may be.

“I’ve never been a five year plan kind of guy. I’m just, whatever feels right for the day. I still operate that way.”

Bullet Train will be out in UK cinemas tomorrow, August 3. It will then debut in American cinemas on August 5.