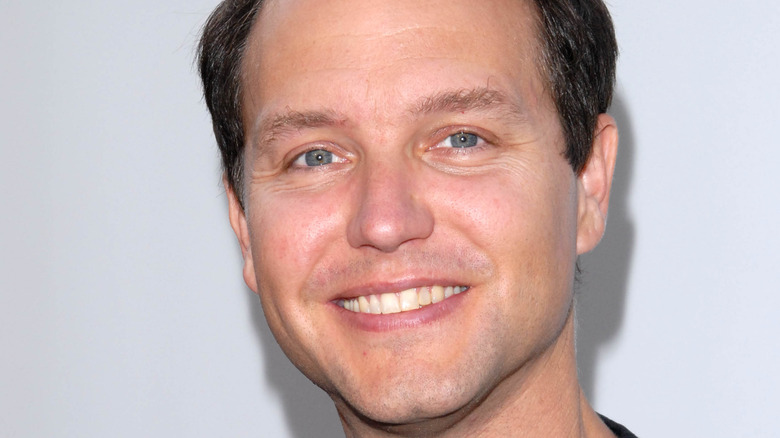 Blink-182 is one of the most beloved pop punk bands of our generation, and to say they’ve made an impact on people of all ages and walks of life is quite the understatement. Whether you hear one of their timeless hits like “First Date,” “The Rock Show,” or “What’s My Age Again?” playing on the radio or they’re on your favorite pop punk playlist, Blink-182 songs evoke a sense of nostalgia for everyone who hears their music.

And although guitarist and singer Tom DeLonge left the band in 2015 nearly two decades after Blink-182 was formed — former Alkaline Trio front man Matt Skiba stepped in and continues to perform and record with the band, along with original drummer Travis Barker — bassist Mark Hoppus has had nothing but good things to say about his former bandmate after their brief falling out.

“There was a real unity of spirit in the band; [it’s] when the band found itself,” he told NME in 2019. “When Tom was in the band, that’s when Blink did its best work … I talked with Tom for the first time in two years right before we started this tour. The conversation was more about us just telling each other, ‘No hard feelings. You do your thing, we’ll do our thing.’ It’s all good.” 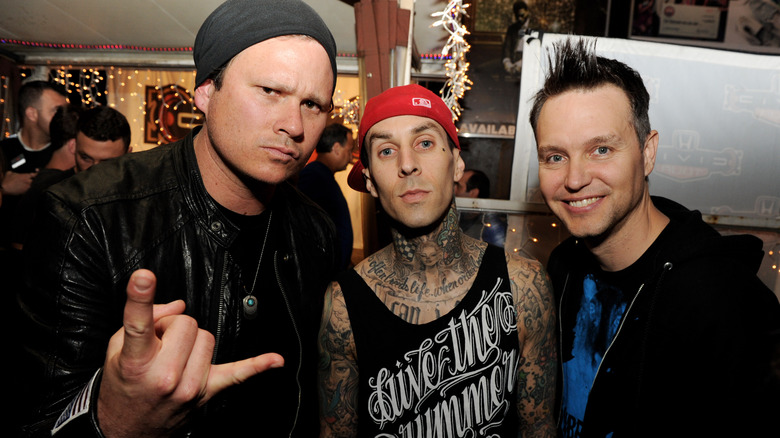 Mark Hoppus took to social media on June 23, 2021 to reveal that he has been undergoing chemotherapy for the past three months due to a devastating cancer diagnosis. “I have cancer. It sucks and I’m scared, and at the same time I’m blessed with incredible doctors and family and friends to get me through this,” Hoppus wrote on his Twitter account (via Buzzfeed). “I still have months of treatment ahead of me but I’m trying to remain hopeful and positive. Can’t wait to be cancer free and see you all at a concert in the near future.”

Despite the fact that Tom DeLonge is no longer a part of the band, it seems like his and Hoppus’ relationship has truly mended over the years, as Hoppus explained in his interview with NME. “I too, have been aware of @markhoppus’s cancer diagnosis for awhile now,” DeLonge tweeted. “And to add to his own words that he used today, I would also like to say that he is strong, and a super-human who is pushing through this difficult obstacle with a wide-open heart.”

Travis Barker also shared words of encouragement in support of his longtime friend and bandmate. In a statement to E! News, he said, “Mark is my brother and I love and support him. I will be with him every step of the way onstage and off and can’t wait for us to play together again soon.” 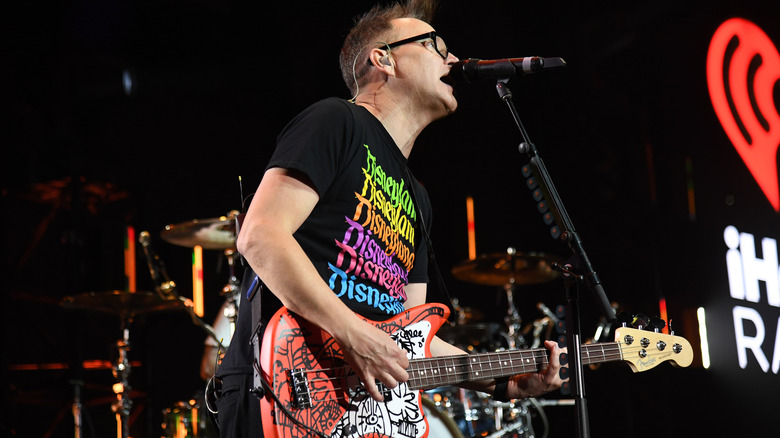 Mark Hoppus’ current and former bandmates weren’t the only ones taking to social media to support the bassist during his health struggles. Fans from all over shared kind words of their own to the legendary musician.

“The news about Mark Hoppus having cancer is so so so incredibly sad and I truly hope that as the godfather of pop punk he brutally kicks its ass,” one Twitter fan wrote, while another said, “Finding out Mark Hoppus has cancer has actually hit so hard. Blink 182 have been instrumental in my life and I’ve been so blessed to see them live. Sending all the love and positive healing over to Mark for a speedy recovery.”

Fans also applauded the fact that despite the differences DeLonge and Hoppus faced throughout the years, it’s heartwarming to see the “Angels and Airwaves” singer still support his longtime bandmate. “You two supporting each other to the end will forever make me smile, it’s shitty to hear about Mark’s situation, but I’m sure you being there for him, has made s**t a bit easier for him to deal with,” one Twitter user wrote, while another added, “He WILL recover! Besides… we still need that Mark Tom & Travis Show reunion tour.”