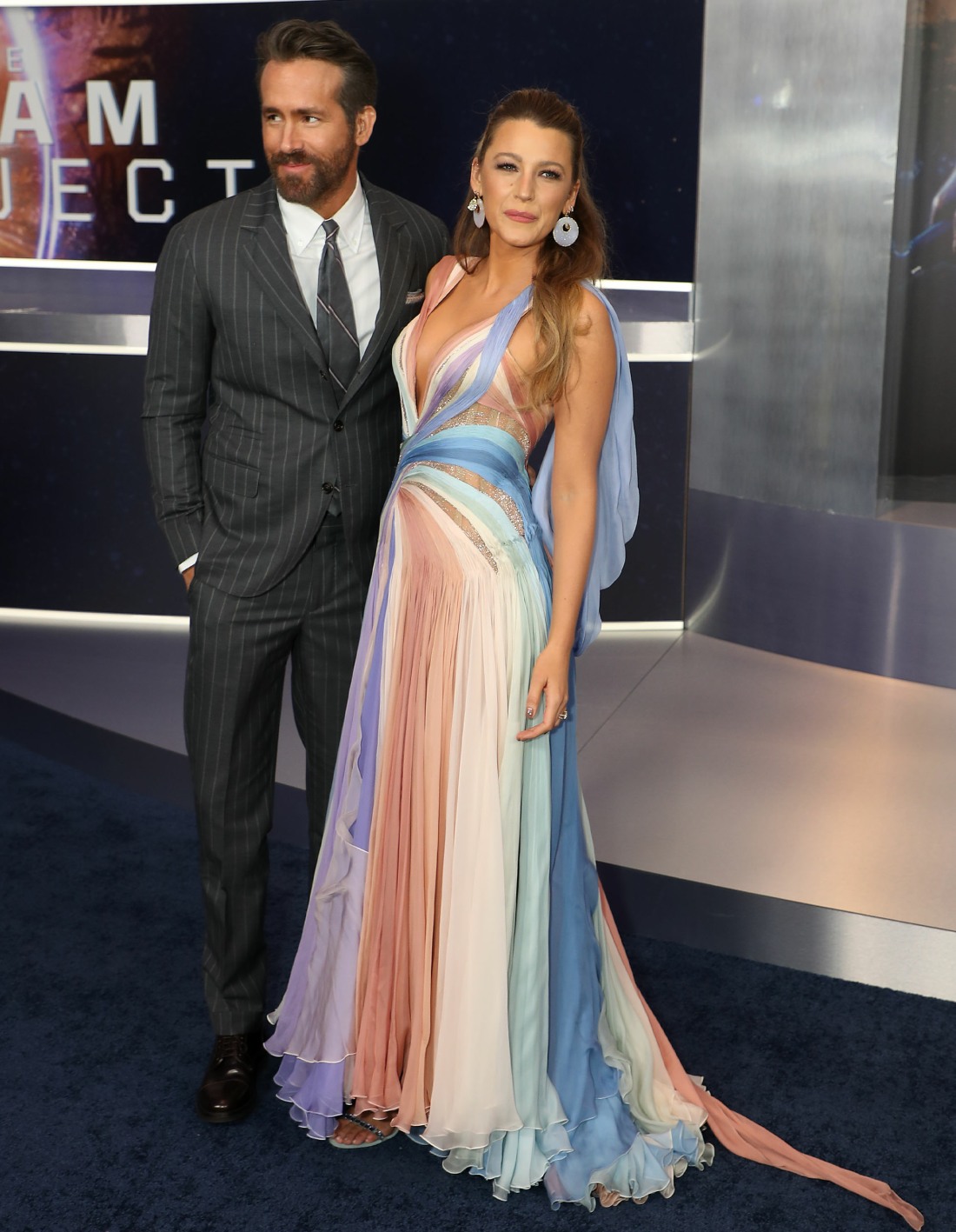 Here are some photos from last night’s New York premiere of The Adam Project, the latest Ryan Reynolds film which also stars Mark Ruffalo, Zoe Saldana and Jennifer Garner. It’s about a time-traveling pilot (Reynolds) who teams up with his younger self and gets to meet his parents again or something. It seems like a family movie?

Blake and Ryan do a really good job these days of not oversaturating the market with coupled-up photos. Blake doesn’t really go to the opening of an envelope these days (it’s been years since she was like that), so basically, we only see them together when they’re on a red carpet for a premiere of one of their films, usually one of his. This is the first time they’ve been on a carpet together since last summer’s premiere of Free Guy.

For this premiere, Blake wore Atelier Versace, a really beautiful rainbow-esque dress which hugged her curves. What I find weird/charming is that before the red carpet, Blake and Ryan posed outside the venue and Blake wore a long jean jacket over her gown. I’m sure the jean jacket was designer and all that, but she looked very ‘90s. The look without the jacket though… perfect. Her body looks incredible, three babies later. 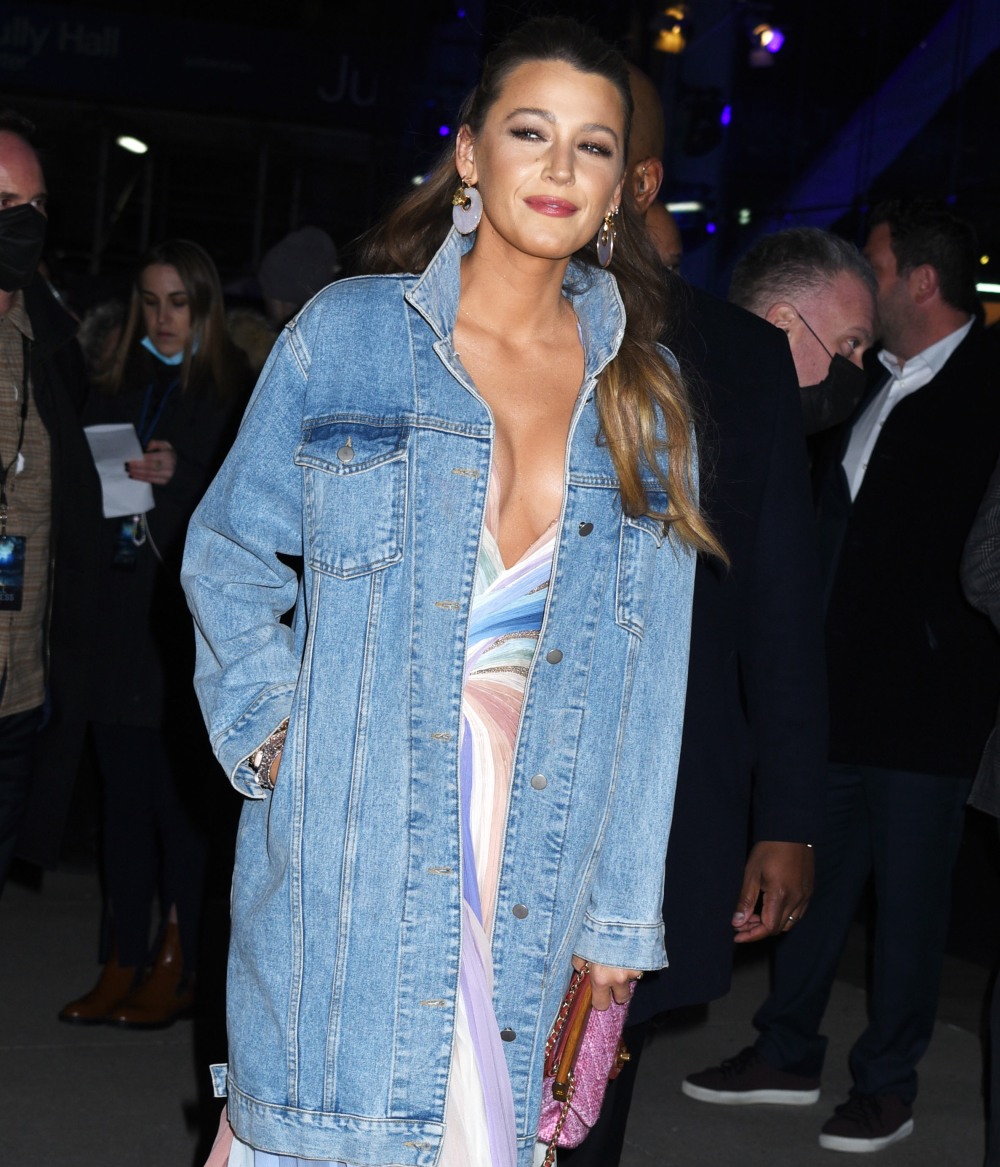 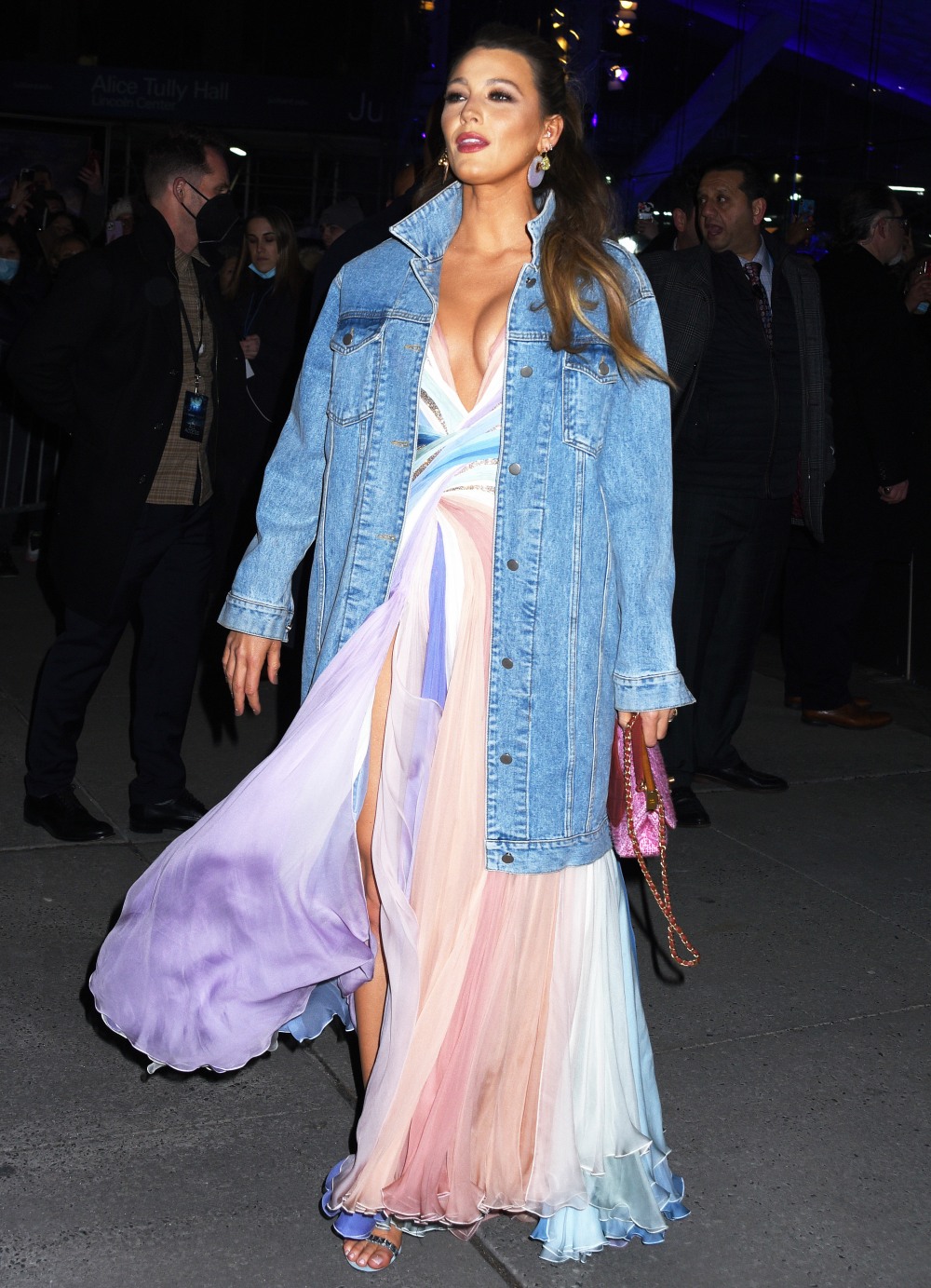 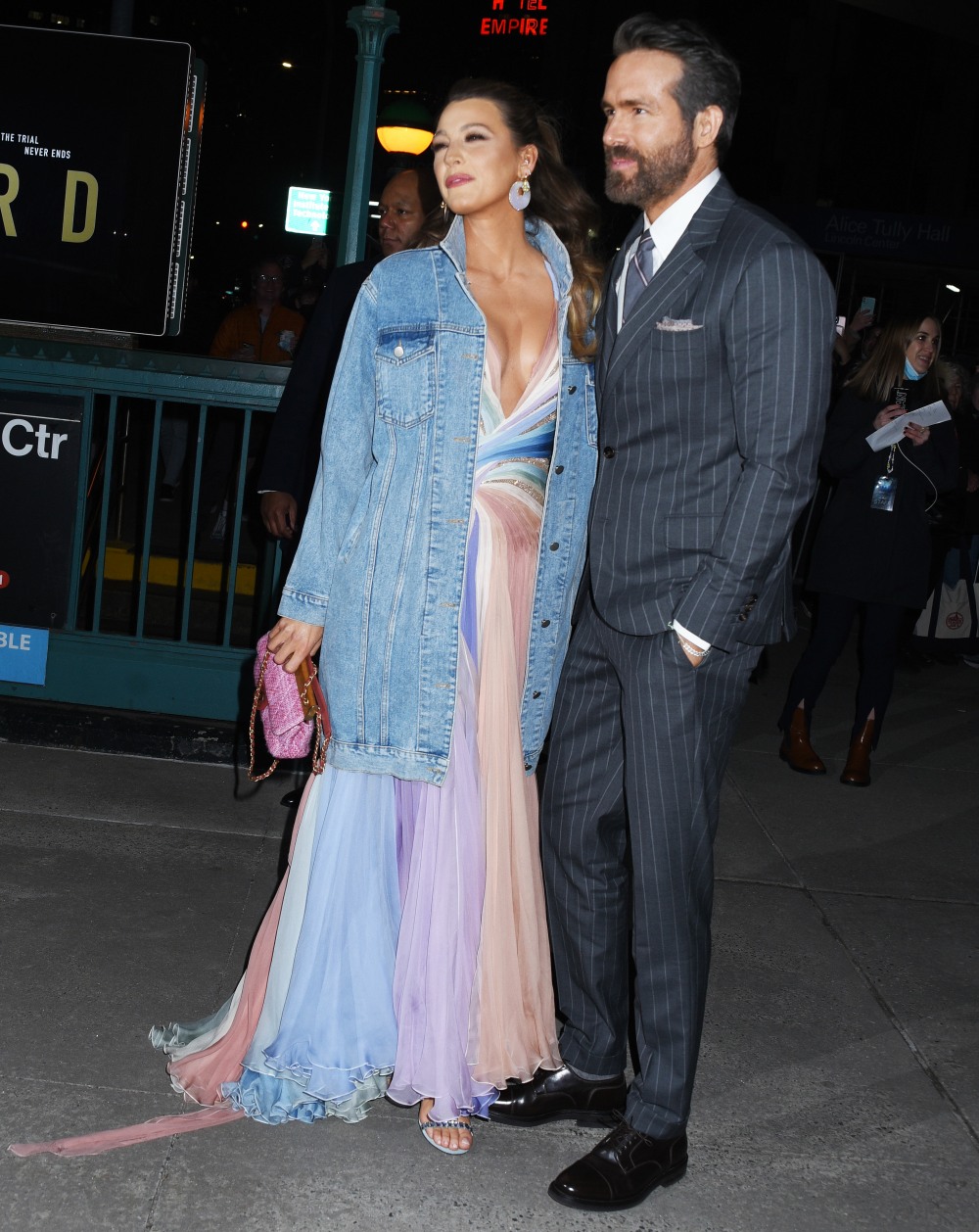 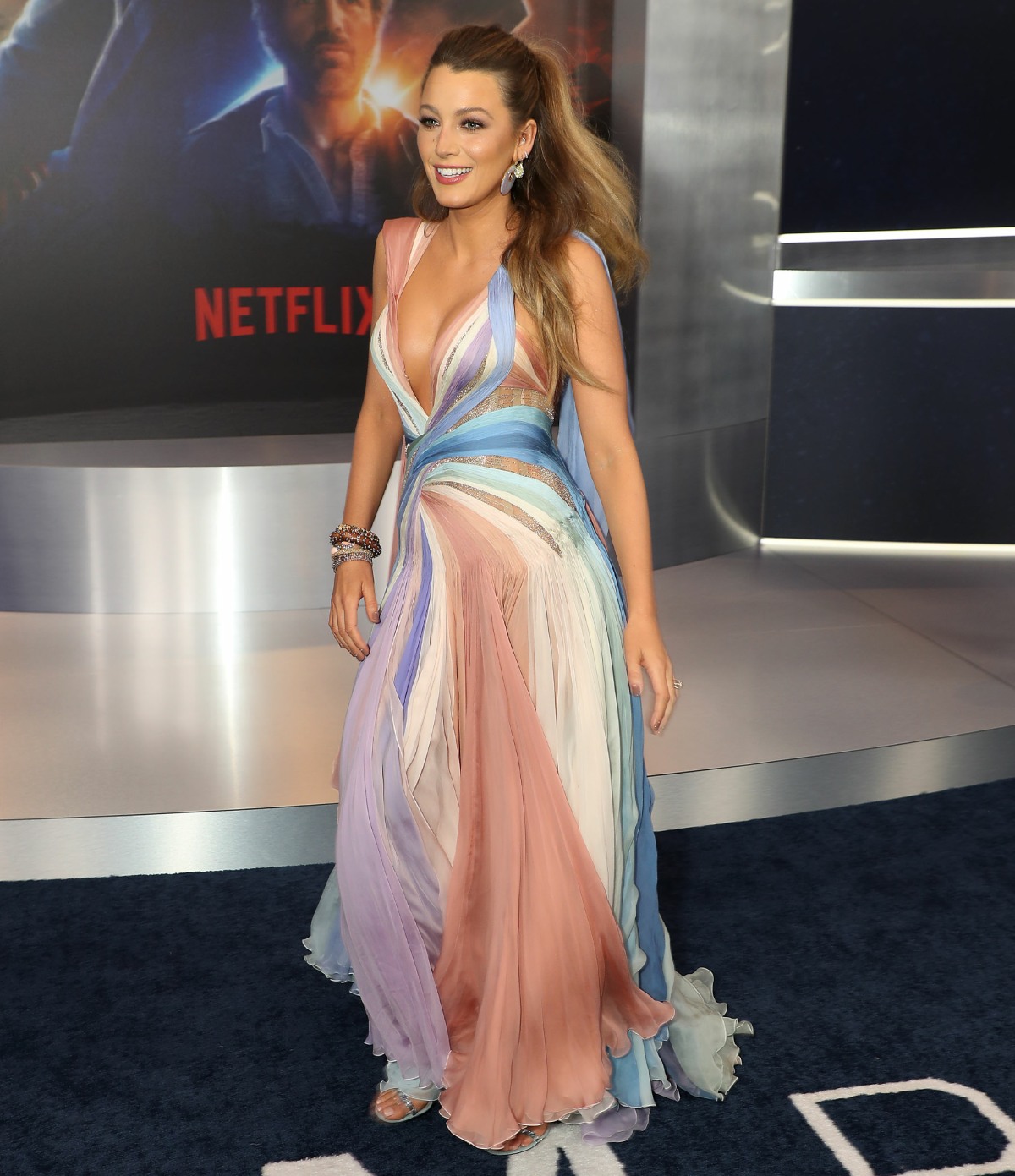