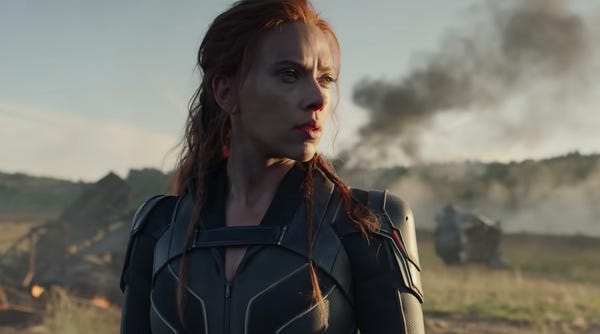 We won't be getting any new Marvel movies in 2020.

Variety reports "Black Widow" has been delayed again from its November 6, 2020, release due to the ongoing coronavirus pandemic. It is now planned for May 7, 2021.

As a result, other Marvel movies have been pushed back. The films are usually so interconnected that you can't release them out of order.

Insider confirmed with Disney that "Shang-Chi and the Legend of the Ten Rings" has moved from February 2021 to July 9, 2021. "Eternals," starring Salma Hayek and Angelina Jolie, will now be released November 5, 2021, nearly a year after its original release date.

A third "Spider-Man" movie, starring Tom Holland from Sony Pictures and Marvel Studios, was originally set for release on November 2021. That will almost certainly move its release date.

Fans have been waiting a decade to see Scarlett Johansson's Natasha Romanoff lead her own standalone movie. "Black Widow" will take place between the events of 2016's "Captain America: Civil War" and 2018's "Avengers: Infinity War" as she reunites with some old comrades.