Bill Maher asks the question … how can Republicans support Herschel Walker, whom he calls a hypocritical, lying moron, who played Russian Roulette, threatened to blow his wife’s brains out, stalked a Dallas Cowboy cheerleader, threatened to shoot cops, falsely claimed to be a cop, falsely claimed to be an FBI agent, abandoned some of his kids, wants an abortion ban despite paying for a girlfriend’s abortion? Well, Bill has an answer.

The “Real Time” host says Democrats are blasting Republicans — from Senators on down who support Walker — for lacking fundamental integrity. B.M. says the integrity ship has long since sailed … he says it sank after a long battle with tribalism. 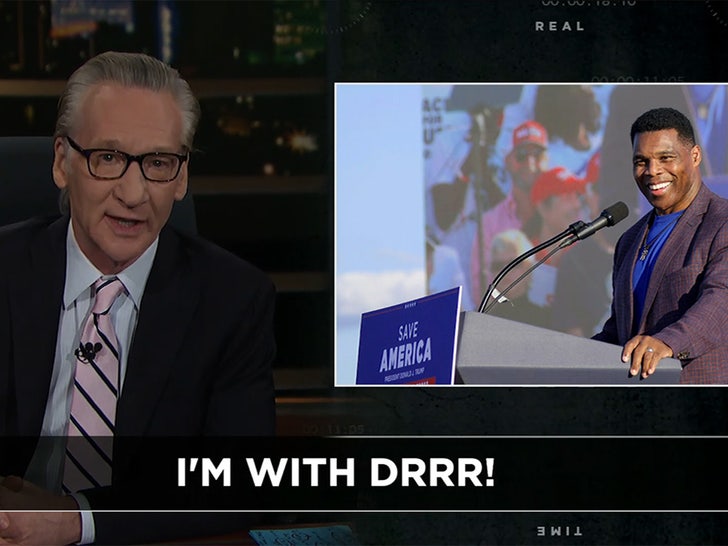 Bill acknowledges, some of the supporters are indeed those “deplorables” … but claims it’s more complicated than that. Bill says, for these Republicans, “The worse a candidate is, the more it says to Democrats, ‘do you see how much we don’t like what you’re selling?'”

Translation … a lot of Republicans know these wacko candidates are, as he says, “egregious assholes,” but they’ll hold their noses and support them to counter and make a statement about their objections to identity politics. Bill ticks off examples … cancel culture, victimhood, white self-loathing, forcing ideas of race and sex on kids too young to understand, etc. 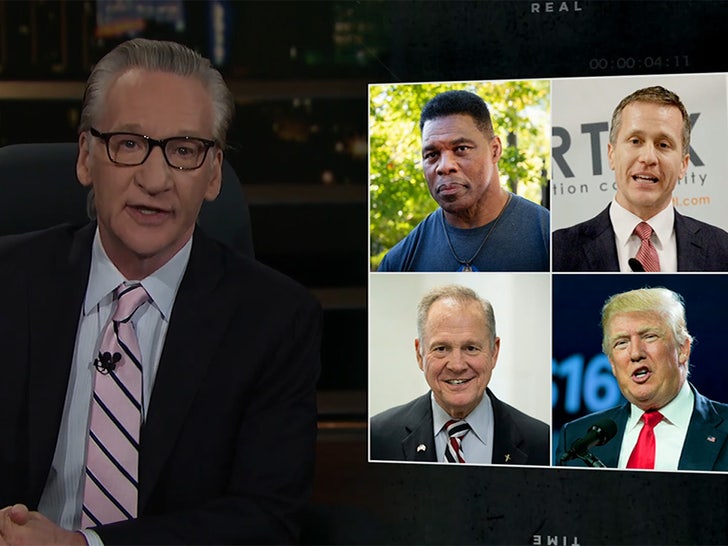 He acknowledges, Democrats have the same contempt for Republican values, but Dems have a sense of shame that prevents them from supporting crazy candidates, and Republicans have zero shame.

So given the landscape of division in America … if we want to stay as a country, Bill seems to be asking move for a move to the middle, where we can tolerate each other and, perhaps, make more progress in the long run than if we stay huddled in our tribes.