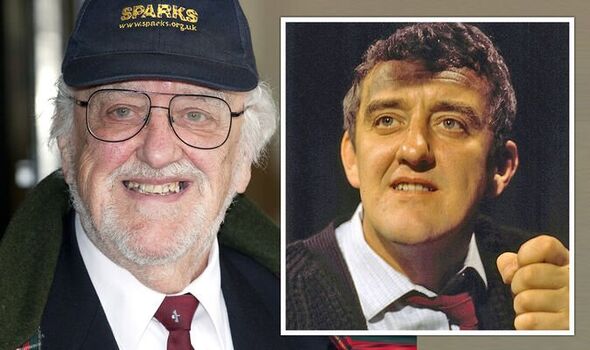 Bernard Cribbins’ agent, Gavin Barker Associates, said in a statement: “Beloved actor Bernard Cribbins OBE has passed away at the age of 93. His career spanned seven decades with such diverse work ranging from films like, ‘The Railway Children’ and the ‘Carry On’ series, hit 60’s song ‘Right Said Fred’, a notorious guest on ‘Fawlty Towers’ and narrating ‘The Wombles’.

“He worked well into his 90’s, recently appearing in ‘Doctor Who’ and the CBeebies series ‘Old Jack’s Boat’.”

His agent continued: “Bernard’s contribution to British entertainment is without question.

“He was unique, typifying the best of his generation, and will be greatly missed by all who had the pleasure of knowing and working with him.”

Born in Oldham, Cribbins was revered for his versatility and became a favourite with young audiences all over the country as the narrator of The Wombles, as well as for more than 100 appearances on the children’s favourite, Jackanory.

After appearing on stage for many years, Cribbins made his film debut in 1957’s Davy, before going on to work alongside some of British cinema’s biggest names in films such as Two-Way Stretch, She, Daleks’ Invasion Earth 2150 AD, the 1967 version of Casino Royale and Frenzy.

He also starred in several Carry On movies and had roles in TV favourites Coronation Street and the revamped Doctor Who.

Off-screen Cribbins enjoyed a successful musical career and had a number of hit records including 1962 comedy songs, Hole In The Ground and Right Said Fred, both of which reached the UK singles chart top 10.