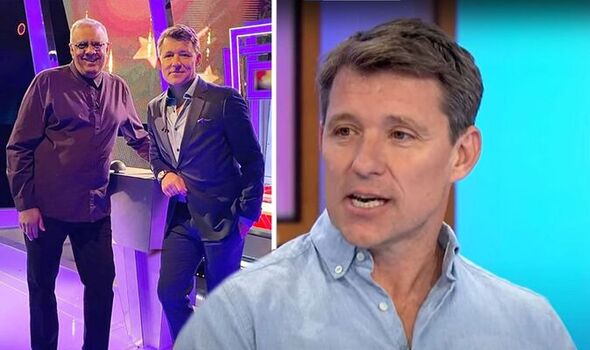 Ben Shephard has paid tribute to Tipping Point contestant Rav, who died after filming the show aired on ITV on Wednesday night. The 47-year-old took to Twitter to tell fans the logistics manager from Birmingham’s family had informed the show about his death as he sent his condolences.

Ben shared a picture of him alongside Rav in the studio with an emotional message.

He wrote: “Since we recorded today’s Tipping Point, Rav’s family have shared the sad news of his passing.

“I loved playing alongside him, and along with all the Tipping Point team we are sending his family and friends all our love.”

The show also shared the picture on social media, adding: “Everyone at Tipping Point would like to extend their sincerest sympathies.”

In the episode, Rav managed to beat his fellow contestants and made it through to the final.

However, he struggled with the last round of questions and was left without any counters for the machine.

Tributes have flooded in for the late quiz show contestant.

Jazziebe wrote: “I just watched it to. So sad. Thoughts are with his family x.”

Jessie Two Pigs added: “Aww that’s an awful shame, he seemed a lovely guy with a great sense of humour, condolences to all his family and friends.”

Lauren Magical Lady typed: “OMG.. that’s so very sad… I watched it… I thought what a nice man! Sincere condolences to his family. RIP xx.”