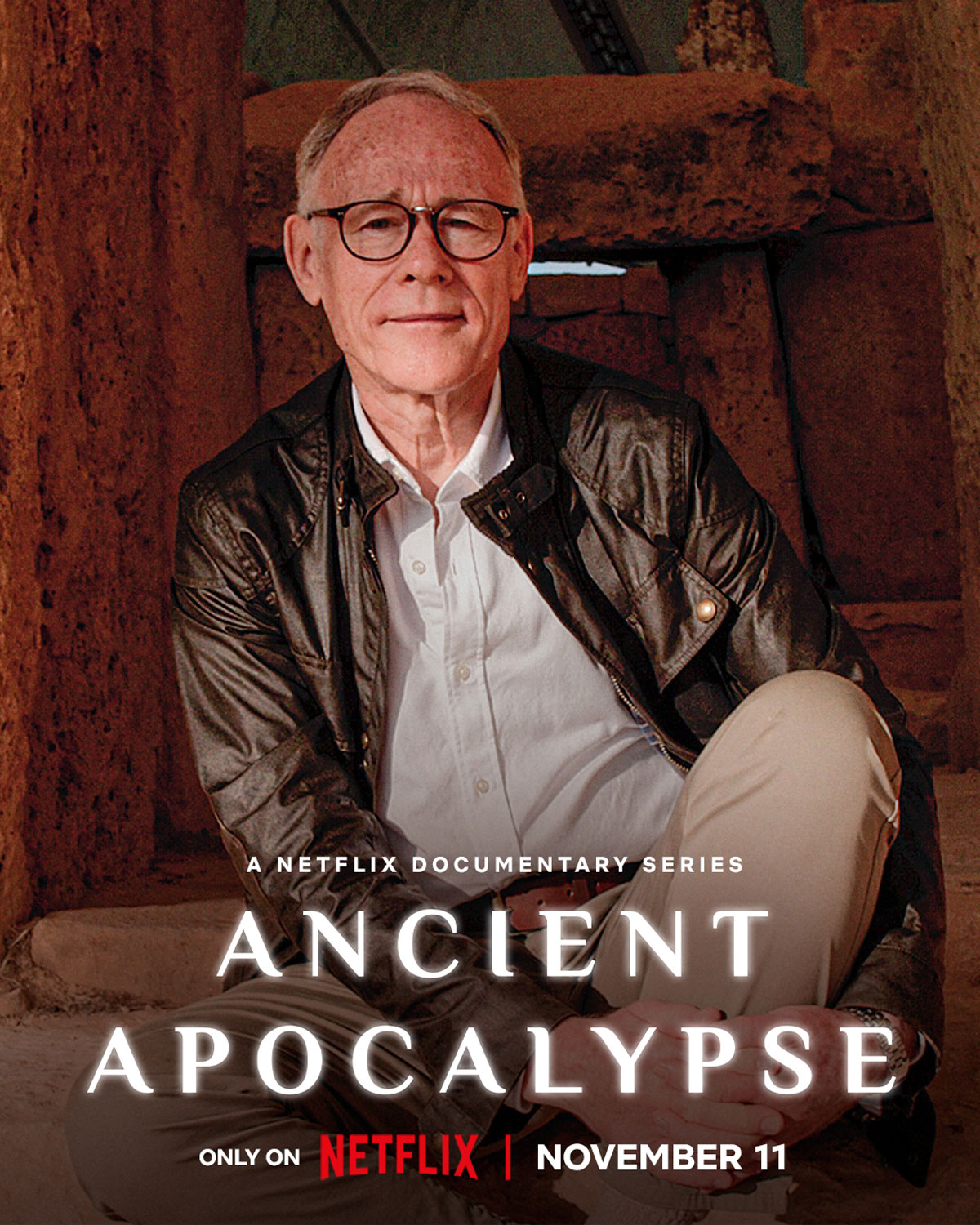 I watched the first two episodes of Ancient Apocalypse on Netflix but in my defense I played a game on my phone at the same time. It had Ancient Aliens energy with the underlying theme of “archeologists hate him!” Graham Hancock is a British journalist who uses anomalies from archeological finds to argue for the existence of Atlantis and claim that civilization is thousands of years older than accepted knowledge. His evidence for this is spurious and repeatedly relies on calling archeologists stubborn and unwilling to accept new evidence. Hancock’s claim to fame is going on the Joe Rogen show, and multiple clips of this are shown as if it’s something to be proud of. He claims that Atlanteans traveled throughout the world after a flood destroyed their civilization and taught advanced concepts to people. It’s all very sensationalized and I regret watching it. According to Wiki, Hancock’s “writings have neither undergone scholarly peer review nor been published in academic journals,” which sounds about right. I found this show because it was highlighted on my TV app so there’s a real push for it and it’s getting watched. As a result, the Society for American Archaeology wrote an open letter asking Netflix to classify Ancient Apocalypse as fiction.

This week, the Society for American Archaeology published an open letter to Netflix and the television production house ITN requesting that they re-classify its new series Ancient Apocalypse as a work of fiction rather than a docuseries.

The show centers around bestselling author Graham Hancock’s meagerly substantiated claims about the existence of Atlantis, presenting them in a deceptive cloak of veracity.

“We urge both Netflix and ITN Productions to add disclaimers to the series that its content is unfounded,” the society wrote. “We also request that Netflix develop a policy that balances such false narratives with the presentation of scientific documentaries and accurate reporting.”

Netflix has not yet addressed to the letter publicly.

According to Dibble, archaeologists have been aware of Hancock’s work for years—he’s published 16 commercially successful novels on everything from the Ark of the Covenant to Egypt’s sphinxes since 1985. “I wouldn’t say that most archaeologists have read Graham Hancock,” Dibble said. “He ignores all of our evidence.”

Still, Dibble started watching Ancient Apocalypse with an open mind. “My hopes, in many ways, were dashed with the series,” he said. As part of his own studies into pseudo-archaeology, Dibble recently read some of Hancock’s work.

“He’s much more aggressive against archaeologists [in the series] than he is in his writing,” he said. “I was actually kind of shocked and dismayed.”

“Perhaps there’s been a forgotten episode in human history, but perhaps the extremely defensive, arrogant, and patronizing attitude of mainstream academia is stopping us from considering that possibility,” Hancock says in the first episode. “I’m trying to overthrow the paradigm of history.”

Rather than presenting evidence of Atlantis from its existence, Hancock seeks to amend the legacies of existing ancient sites like the columns atop Gunung Padang in Indonesia, attributing them to advanced Atlanteans who survived their society’s purported destruction by comet.

If you can’t tell from my intro, Ancient Apocalypse kind of pissed me off whereas I’ve watched Ancient Aliens and have been entertained by the audacity. Apocalypse presents Hancock’s theories as truth. Unlike The Crown, which is sourced and based on real news reports and events, this series does need a prominent disclaimer. People will watch it and think it’s true. Then again, Discovery has run series fooling people into believing mermaids are real and we’ve already talked about Ancient Aliens. I guess we’re holding Netflix to a higher standard, which we should. They have legitimate docuseries as well, but they’re not above this provocative rewriting of history. It sucked me in.

Of course the right wing media loves this because his theories are racist. Indigenous societies couldn’t have built monuments and cities without help from white people.