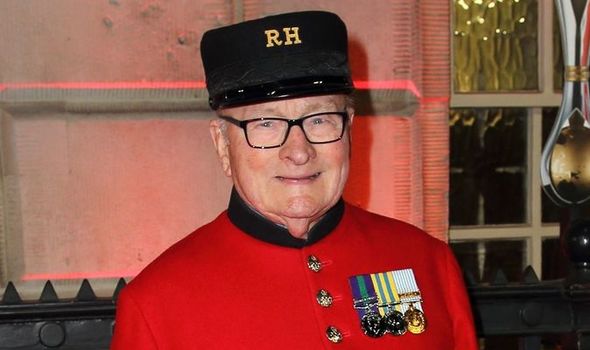 The couple were married for 66 years and Colin’s love for her inspired him to sing Wind Beneath My Wings on the 2019 series, when the Chelsea Pensioner won the nation’s hearts.

In the BGT semi-final, he performed a moving version of Dame Vera Lynn’sWe’ll MeetAgain in memory of Joan, against a backdrop of their photos. He said: “It’s true of me and Joan hopefully in the future.”

Her cancer was discovered in 2009 and she had a mastectomy. But seven years after her initial diagnosis it returned, this time in her lungs. On the day she died at their Norwich home in 2016, crooner Colin, 91, had made one of her favourite lunches.

What is happening where you live? Find out by adding your postcode or visit InYourArea

The Korean War veteran told the Daily Express: “We settled down to eat. I knew something was wrong and she died in my arms.” Colin has since raised thousands for a breast cancer unit. Now he is supporting a scheme in honour of the Forces’ Sweetheart to fund early-career scientists.

Money for this research is so important.”