Britain’s Got Talent star Amanda Holden has provided an update on Simon Cowell after he contracted Covid-19.

The music mogul, 62, is isolating at home after testing positive for the virus earlier this week.

Fellow BGT judges Amanda, Alesha Dixon and David Walliams carried on with the in-person auditions without the showrunner, though Amanda says Simon is still involved over Zoom.

Speaking on Heart Radio on Friday, Amanda told Ashley Roberts that Simon is in ‘good spirits’ and doesn’t seem to be suffering from symptoms.

‘I don’t know how he got it or when he got it but he’s absolutely in good spirits,’ she assured listeners.

Speculating on where Simon may have picked up the virus, she recalled that he had to have his arm put in plaster following a recent bicycle crash.

‘He had to go to hospital for that so maybe that’s when he picked it up,’ she suggested. 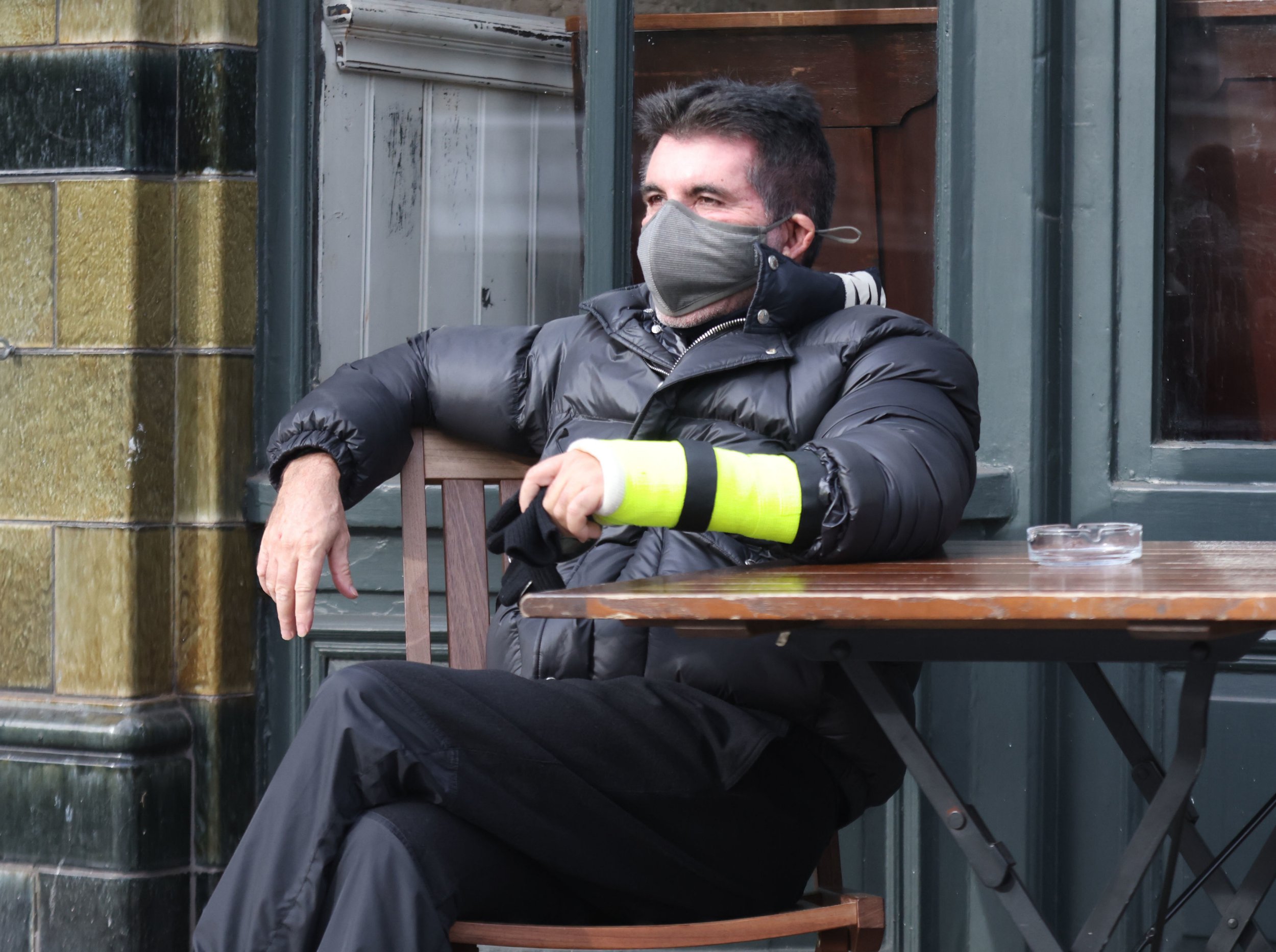 ‘But he honestly seems in very good spirits and so far is still very well, so we’re sending him loads of love.’

Amanda went on to joke that Simon has his fiancée Lauren Silverman ‘running baths and chopping up lemons for him’, joking that he’s ‘miking it’.

She added that the TV star has been ‘very lucky’ so far as this is the first time he’s caught the virus throughout the entire pandemic.

However ‘lucky’ could be a bit of an exaggeration.

Simon’s most recent accident comes just 18 months after he broke his back falling from his electric bike, narrowly avoiding being left paralysed.

He needed a six-hour operation which also involved having a metal rod put into his back and months of physiotherapy to recover.

While not as serious this time around, Simon has been left with a bright yellow cast on his arm, and recently showed off a drawing his son Eric, 7, inked on it for him.

He also received a joke gift from Amanda after the crash: stabilisers for his bike.