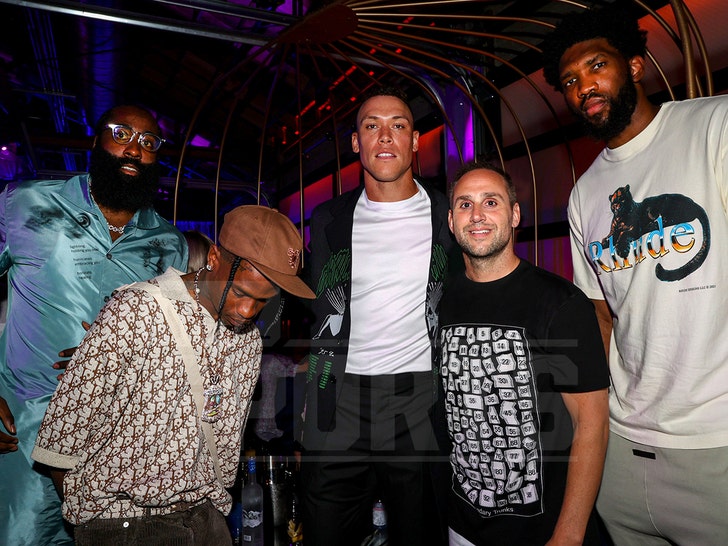 If Aaron Judge seems to be moving just a tiny bit slower at Tuesday night’s All-Star Game … now ya know why!!!

The New York Yankees superstar was spotted partying in L.A. the day before the mid-summer classic on Monday … hitting the Fanatics ASG bash in downtown — and rubbin’ elbows with Travis Scott and some NBA superstars while there!! 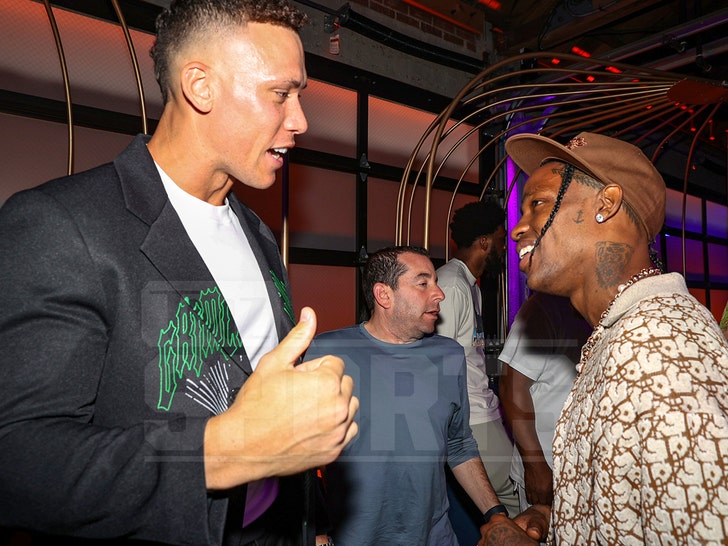 TMZ Sports has some pics from the festivities — and you can see Judge, rockin’ a custom blazer with a white shirt underneath, seemed to be enjoying himself big time as he chatted with the celebs at the venue.

AJ was grinnin’ ear to ear while talking with Scott and Fanatics CEO Michael Rubin — and he later posed for a pic with the two plus Joel Embiid and James Harden. 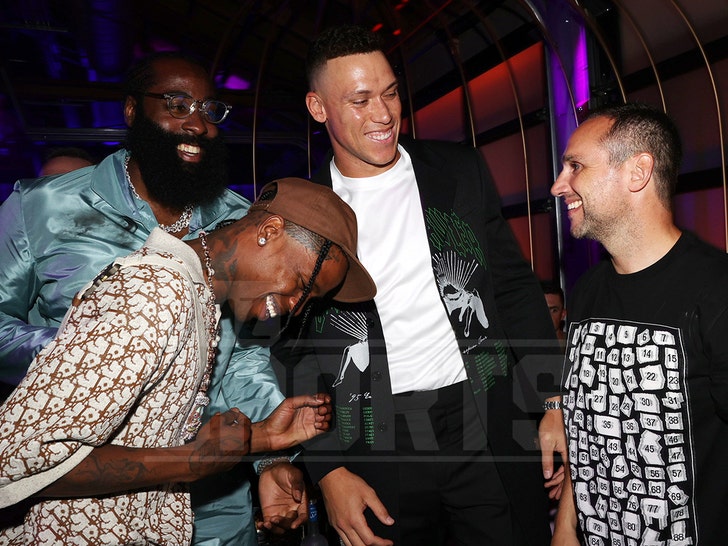 No word on what time Judge left the venue … but don’t worry, Tuesday’s game doesn’t start ’til 5 PM PT — so dude’s got plenty of time to recover if it did happen to be a late night.

And, after all, the game doesn’t even matter — so hope ya enjoyed the night off, AJ!!!