Curtain up for culture! A sparkling new Cinderella, a blockbuster Hamlet, and Cruella at her wicked best on the big screen. As the lockdown lifts on Monday, it’s the return of cinemas and live entertainment

Culture vultures rejoice! Theatres, cinemas, pop arenas, concert halls and galleries reopen on Monday— and what a feast of entertainment they’ve got in store.

From Dua Lipa’s tour, Emma Stone’s deliciously evil Cruella de Vil on the big screen and Andrew Lloyd Webber’s new Cinderella, to a David Hockney exhibition and Ricky Gervais’s comedy show, there is something for everyone.

Beatrix Potter purists may not have loved the first Peter Rabbit in 2018, but it struck 24-carrot gold at the box office.

And hit children’s films always get sequels these days. This one again has a voice cast led by James Corden and Margot Robbie, with Rose Byrne and Domhnall Gleeson reprising their live-action roles. From May 17. 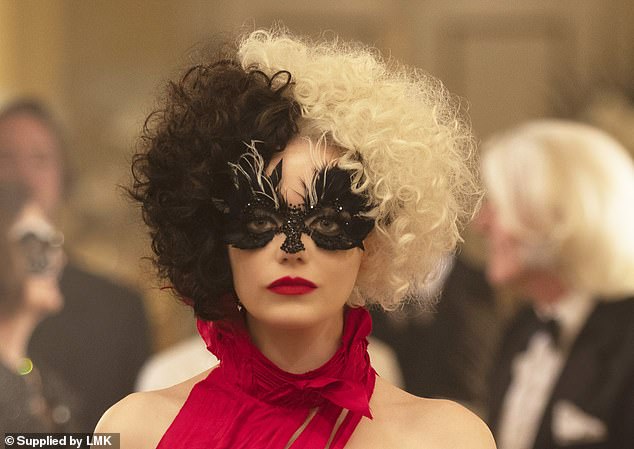 25 years after Disney brought Cruella de Vil to menacing life in the form of Glenn Close, the dog-hating socialite is played by Emma Stone

Sigourney Weaver plays the hidebound literary agent of reclusive author J.D. Salinger, with Margaret Qualley (Andie MacDowell’s daughter) as the new office assistant given the seemingly thankless job of replying to Salinger’s fan mail. Based on a true story, it opened last year’s Berlin Film Festival to considerable acclaim. From May 21.

In her 1956 book The Hundred And One Dalmatians, Dodie Smith created one of the most enduring villains in children’s literature. Now, 25 years after Disney brought Cruella de Vil to menacing life in the form of Glenn Close, the dog-hating socialite is played by Emma Stone. From May 28. 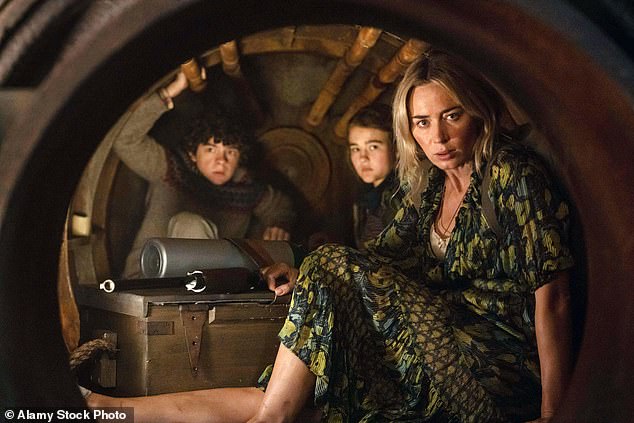 A Quiet Place II: John Krasinski writes and directs this sequel to one of the surprise smashes of 2018, his gripping horror-thriller about an alien invasion 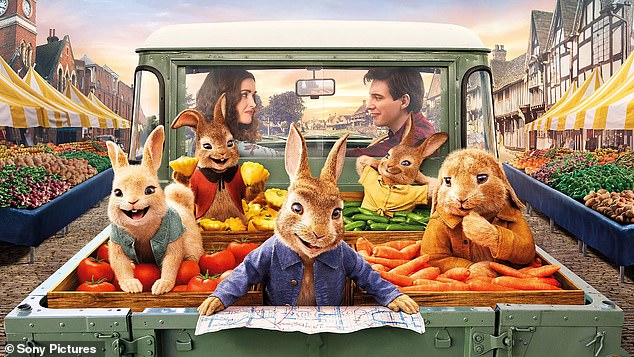 Beatrix Potter purists may not have loved the first Peter Rabbit in 2018, but it struck 24-carrot gold at the box office. And hit children’s films always get sequels these days

We can expect a classic British feelgood movie in the spirit of Calendar Girls and The Full Monty in this against-the-odds true story of a group of Welsh villagers who chip in to help the barmaid at their local pub train a racehorse, which is entered for the Welsh Grand National. Toni Collette and Damian Lewis star. From June 4.

John Krasinski writes and directs this sequel to one of the surprise smashes of 2018, his gripping horror-thriller about an alien invasion. This one again stars his real-life wife Emily Blunt (above with Noah Jupe). From June 4.

After all we’ve been through, it seems fitting that Les Mis should be one of the first West End shows out of the blocks. It’s likely to blow the roof off with its big emotional belters as Jon Robyns returns to sing square-jawed hero Jean Valjean and Bradley Jaden takes on his nemesis Javert. The full show will call us to the barricades from September 25. Until then, hear the people sing! Sondheim Theatre, Shaftesbury Avenue, staged concert May 20-September 5 (lesmis.com).

A musical shot in the arm that could do us all a great deal of good, this one has nightclub singer Reno Sweeney aboard a London-bound ocean liner, with veteran showman Robert Lindsay. Also starring Felicity Kendal and Gary Wilmot. Cole Porter’s cracking songs include the title number and I Get A Kick Out Of You. Barbican Theatre, London, July 23-October 17 (barbican.org.uk).

It opened and closed just before Christmas. Now A.R. Gurney’s play is back, again starring Jenny Seagrove and Martin Shaw as an imaginary heiress and American politician exchanging letters over 50 years as they pass from childhood to old age. Theatre Royal Haymarket, London, May 19-June 13 (trh.co.uk).

Gemma Arterton stars in Amy Berryman’s debut play about a NASA botanist returning from a lunar mission to pick up the pieces of a broken relationship with her twin sister. Directed by Ian Rickson as part of a mini season of three new plays. Harold Pinter Theatre, Panton Street, London, May 22-June 12 (0844 871 7622/atgtickets.com).

Fearless 81-year-old Sir Ian McKellen plays Shakespeare’s twentysomething Dane, one of the biggest and most challenging roles in the theatrical rep-ertoire. Watch out for other magnificent veterans including Francesca Annis (76 next month), Steven Berkoff (83) and Jenny Seagrove (63). Theatre Royal, Windsor, June 21-September 4 (theatreroyalwindsor.co.uk/ 01753 853 888).

Brighton’s tattooed soul star Rag’n’Bone Man is ready to hit the road. With his diverse new album Life By Misadventure set to top the charts today, he plays Kenwood House, London, on June 25. Further summer shows will be followed by an extensive autumn tour, which starts on October 17 at the Brighton Centre and finishes at London’s Even- tim Apollo on November 6 (ragnboneman.com).

The You’re Beautiful hitmaker (pictured) will be the first singer to play a full-capacity show at the Royal Albert Hall since March 2020 when he takes to the famous stage on July 6. Blunt’s acoustic 2019 album the emotional Once Upon A Mind, a record that should feature prominently at the Royal Albert Hall gig and dates in Bournemouth and Tunbridge Wells (jamesblunt.com). 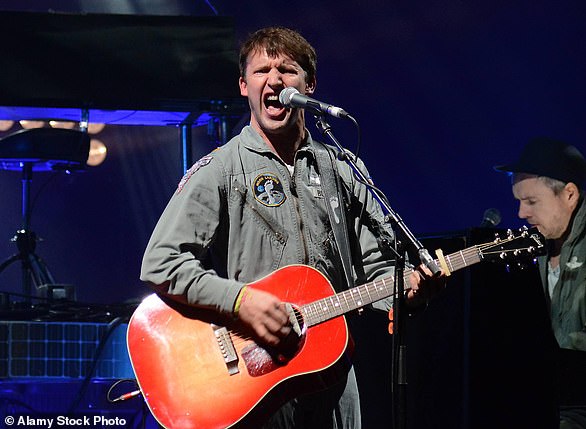 This year’s festival season has been decimated by the pandemic, but a handful of high-profile summer regulars remain. Among these are the unashamedly middle-class Latitude Festival, in the grounds of Henham Park, Suffolk, between July 22 and 25. This year’s headliners are Bastille, Snow Patrol and the talented Stockholm sister act First Aid Kit (latitudefestival.com).

The multi-evening event is being staged in August, with Van Morrison opening proceedings against the stunning backdrop of Henry VIII’s Tudor Palace on the 13th. Other headliners include Tom Jones, who plays on August 21, 23 and 24 and might slip in tunes from his excellent new album, Surrounded By Time (hamptoncourtpalacefestival.com).

The American veterans will be checking in at the Hotel California, one of the best-selling albums of all time, when they play two nights at Wembley Stadium on August 28 and 29. Long-standing members Don Henley, Joe Walsh and Timothy B. Schmit will be joined on stage by Vince Gill and Deacon Frey (the son of late Eagle Glenn Frey) (livenation.co.uk).

The queen of this year’s BRITs finally gets to play last year’s all-conquering Future Nostalgia album live when she starts a UK tour at the M&S Bank Arena, Liverpool, on September 10 (dualipa.com).

Dubbed the queen of the confessional, the Canadian singer recently released her ninth album, Such Pretty Forks In The Road, but fans can also expect to hear old favourites such as Hand In My Pocket when she starts a tour at the Utilita Arena, Birmingham, on October 18, (livenation.co.uk). 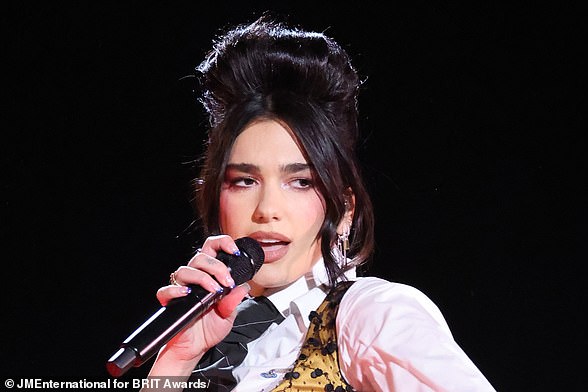 Dua Lipa is pictured above. The queen of this year’s BRITs finally gets to play last year’s all-conquering Future Nostalgia album live when she starts a UK tour at the M&S Bank Arena, Liverpool

Gwen John is the understated star of this exhibition, which showcases the work of four women artists setting out to succeed in a male-dominated world. Vanessa Bell is the weakest link, Dod Procter the big surprise, and Laura Knight is always impressive. Laing Art Gallery, Newcastle upon Tyne, May 17–August 21. 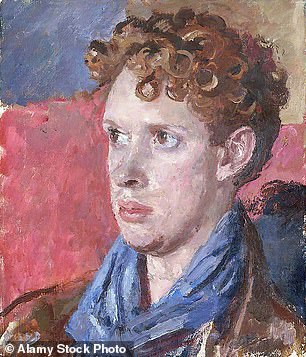 Gwen’s more famous brother, Augustus, was a dazzling society portrait painter who made a cult of his bohemian life, gypsy caravan and all

Gwen’s more famous brother, Augustus, was a dazzling society portrait painter who made a cult of his bohemian life, gypsy caravan and all.

He could shock, and Lord Leverhulme cut the head out of his own portrait.

Repaired, it is a highlight in this chance to re-assess the achievement of a flamboyant artist.

Thomas Becket. Murder And The Making Of A Saint

Becket’s murder in 1170 horrified the world. Within three years he was a saint, after countless miracles were witnessed at his Canterbury tomb. Throughout Europe he was commemorated in sculptures, paintings and jewelled reliquaries, and a lavish array of them is on view in this enthralling and moving exhibition. British Museum, May 20–August 22.

We’ll always have Alice. The story of her Adventures In Wonderland is traced over 157 years in this colourful exhibition, from a tale told on a child’s river trip to the global phenomenon it became. It’s quite surreal really, a quality in the book that inspired no less than Salvador Dalí as well as cartoons, fashions, films, posters and ballets. Victoria & Albert Museum, London, from May 22.

Hockney was stuck in Normandy for the pandemic and has never enjoyed himself so much, rediscovering the joys of spring in a feast of colour to rival the Impressionists. The paintings are created on a specially programmed iPad and enlarged. His eye and technique are so sure that it works superbly. Royal Academy of Arts, May 23–September 26. 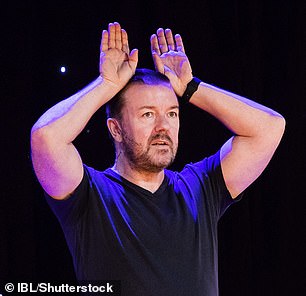 Ricky Gervais — Supernature: No one can command an arena better

No one can command an arena better. With his pint-holding waddle and vicious, hilarious philosophical musings, he’s long been good enough and successful enough not to give a damn. Netflix have already snapped up the streaming rights and this world tour is fast selling out. Starts in Leeds on June 19.

A lockdown highlight was Godley’s viral voiceover videos dubbing over First Minister Nicola Sturgeon at her Covid briefings. Expect more of them from Scotland’s Queen of Comedy. From October 2 (janeygodley.com).

The star of almost every panel show on TV (as well as her hit Netflix series The Duchess) has already had to squeeze in more dates. From a textual analysis of Beyoncé performances to the topics of abortion, divorce and working in Hooters, Ryan’s shows are shockingly well-observed. This is Joan Rivers incarnate and therefore unmissable, but she’s not for the faint-hearted. UK tour starts September 2 in Crawley.

One of those comics whose shows really are shows. Effortlessly funny, but with a pleasing thread and overarching argument. Usually to do with masculinity and its foibles. Think of a TED Talk but with an unsettling darkness and more jokes about genitals. Tour continues May 23 in Leeds (danielsloss.com).

The iconic home of funny improv starring Paul Merton and Josie Lawrence reopens on July 8. It’s a sweaty, cramped basement that feels illegal anyway. Their ‘open mic’ show, King Gong, is the most jaw-achingly brutal evening where have-a-gos from the audience are viciously judged. Grab a place (london.thecomedystore.co.uk).

The highlight is the incomparable Simon Butteriss as Bunthorne in Patience. He also performs The Diary Of A Nobody. Buxton Opera House is more sympathetic than the Royal Hall, Harrogate, though Frank Matcham designed both. Buxton July 31–August 7 (buxtonoperahouse.org.uk), Harrogate August 8–18 (gsfestivals.org).

A great Czech composer tackles a Russian subject, as the story of the tragic Katya is played out against the brooding background of the River Volga. Her plight is made worse by one of the ghastliest operatic mothers-in-law. Glyndebourne Festival Opera, May 20–June 19 (glyndebourne.com).

The BBC Proms will not start until July 30 and details will not be available until May 27, but the LSO has been quicker off the mark. Barbican concerts in London are selling out, due to social distancing, but it will be well worth trying for returned tickets (lso.co.uk).

Tags: A, blockbuste, cinderella, new,
You may also like
Recent Posts
Hot News