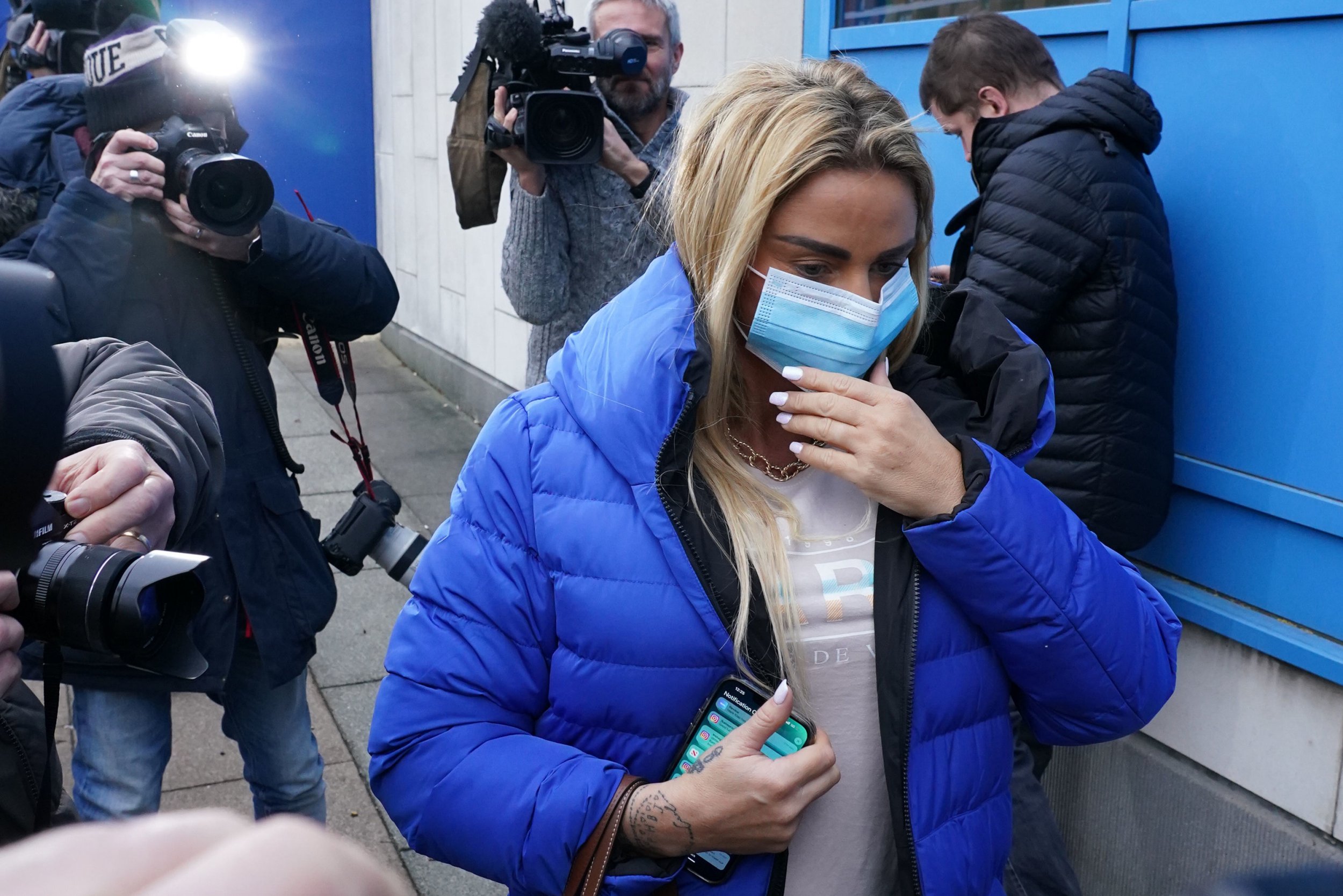 Around a decade ago, my auntie was out for a walk when a drunk driver mounted the pavement and hit her.

She died at the scene, leaving our family absolutely devastated.

I was at home with my young niece when I found out and the news hit like a tonne of bricks. I didn’t believe what I was hearing at first, and held my niece tight as the world didn’t feel safe anymore.

Several members of the family, including myself, had to receive counselling to help process everything and, 10 years later, the incident still replays in my mind, and it still affects me deeply.

To this day, whenever I hear about a car crash, my first thought is always: ‘I hope nobody was injured’.

My second thought is then: ‘If anyone was hurt, or if they were hit by a drunk driver, I hope justice is done’. Because the last thing I want is for anyone else to go through the hell we went through as a family, after my auntie was killed.

These are both thoughts that ran through my head when I heard that Katie Price had been in an accident, caused by her driving under the influence.

However, while nobody was hurt, she herself has admitted that she ‘could have killed someone’. And unfortunately, I don’t believe she is paying for her crime as she hasn’t been given any jail time.

Hearing news of Katie’s sentencing – 100 hours of unpaid work, a two-year driving ban and 20 sessions of rehabilitation work with probation – I feel so angry and hurt that she’s not being made an example of.

In cases that are as high-profile as this one, I believe that it is important that the people involved are made a show of, making it clear that it’s not OK to feel you’re invincible to the side effects of alcohol and reckless driving. To demonstrate that no matter what your status is, you will have to pay the consequences.

As a society, we tend to see ‘celebrities’ as being these untouchable people who are put on a pedestal, but when we need them to set an example – or be made an example of – they get away with things so easily. It shows that money definitely talks. I do believe this is the sad truth.

The driver who killed my auntie got away with a three year minimum prison sentence. This was due to the fact that the judge, who was drafted in at the last minute to cover, seemed like they hadn’t read the papers on what had happened, and so wasn’t properly informed.

As well as this, the driver had paid for herself to go into the Priory, to look after her ‘mental health’. The court was told she was on antidepressants, so her mental health was of concern and due to this, a prison sentence wasn’t appropriate.

But I also think it had a lot to do with the fact that she was the ex-wife of a high-powered businessman. Being convicted of being well over the legal limit and a prison sentence of three years minimum would have brought shame onto her former partner’s company, probably resulting in a loss of prestigious contracts for them. So, it seemed like she took the easy option of spending a few weeks in rehab.

The court declared this was kinder to her mental health. Guaranteed to be out in time for festivities with her family, while we spent Christmas with a member of ours missing, and an empty seat at the table.

She had money, privilege and power. If she had been a normal person off the street, I believe she would have been sentenced to time in prison. But because she could fund a trip to the Priory, and said she would change her ways, it looked to us like she got away with it.

There are so many parallels with the Katie Price crash. Katie went to rehab as part of the result of her accident and due to her following the programme, didn’t have to go to prison after.

I completely agree with what’s being said on the internet about Katie Price being let out without prison time. This isn’t her first driving offence and a driving ban has previously been put in place five times prior.

The fact she has already faced repercussions for not driving responsibly shows no stint in rehab will help her. Letting her off will merely leave her free to do it again.

It might sound harsh, and I’m fully aware that problems with mental health and addiction to alcohol and drugs are serious. However, when there is the potential that she could do it again, and someone could be seriously injured, or worse still – killed, that’s the time to step up and make a stand.

What will happen if she does it again and ends up killing someone? Another stint in the Priory to help her? That won’t bring back the innocent soul, or heal the pain the family left behind has to deal with.

What would help is punishing her properly, and making a show of her. It seems like the judge presiding over her case agrees.

During the sentencing actually, the judge said: ​​’The public may be appalled to hear that I can’t send you to jail today. But the law says that when a person has complied with the terms of their release then you have a legitimate expectation not to be sent to prison today, even though you deserve to spend Christmas behind bars.’

My auntie was an incredible person, she loved to go for walks and was a much-loved teacher. She had a beaming personality, made everyone smile and always made an impact. I miss how she was always there for you no matter what. There’s definitely a huge hole in the family where she once was.

Even now, the smallest thing can trigger off a memory about when I first heard the news of what had happened to my auntie. And the results of Katie Price’s court hearing have left me feeling so angry and hurt – for my family, and any others who have experienced the same.

There is no justice in this world when it feels like you can write a cheque to get yourself free. Yes, I feel sorry for her, in that she is struggling but, having been on the other end of what happens when a drunk driver causes heartbreak and gets away with it, I have very little sympathy.

Fame and fortune shouldn’t buy you a literal ‘get out of jail free’ card, but sadly this seems to be the case, all too often.

I really hope that this decision is appealed and that Katie Price is made an example of. In this case, saying sorry really doesn’t make things any better.